The measures adopted to respond to the Eurozone crisis have triggered an unprecedented challenge to national constitutional law thereby affecting the activity of Constitutional Courts in a number of Member States. It is argued here that, due to the impact of the new European economic governance on the protection of fundamental rights, on the democratic principle, on national sovereignty and on the systems of government, when adjudicating on Euro-crisis measures these Courts have resorted very often to the principles shaping the national constitutional identity. The article elaborates on the explicit or, rather, implicit nature of the reference to constitutional identity, its underlying principles, and the arguments deployed by the Belgian, the France, the German, the Italian, the Portuguese, and the Spanish Constitutional Courts. It concludes that the Euro-crisis measures have prompted a more widespread use of the constitutional identities and of the ultimate and supreme principles in constitutional adjudication and that the explicit referral to them ought to be preferred. 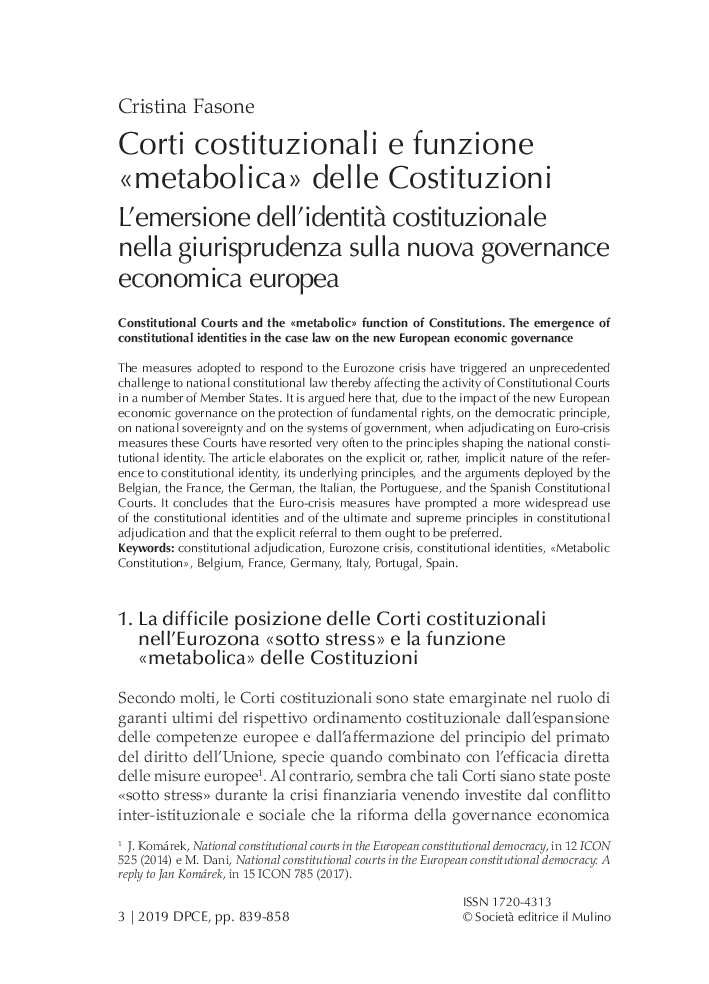