This paper aims to analyse the possibility of a right to a universal basic income (as defined by Philippe Van Parijs and Yannick Vanderborght) in Spain and Portugal. After having considered the ongoing debate about basic income in both countries, this study considers the legal provisions governing a slightly different mechanism, namely the right to a minimum income, conceived as a tool to fight poverty. In Portugal, a minimum guaranteed income scheme (rendimento mínimo garantido) was approved in 1996. In 2001, it was replaced by the rendimento social de inserção, which is still operating. In Spain, some minimum guaranteed income schemes have been introduced during the economic crisis at a national level, but - considered the territorial organization of the State - it is not surprising that every Comunidad autonóma approved statutes on this subject. In the final remarks, I shall explain why, in Portugal and in Spain, the introduction of a universal basic income could be constitutionally problematic. 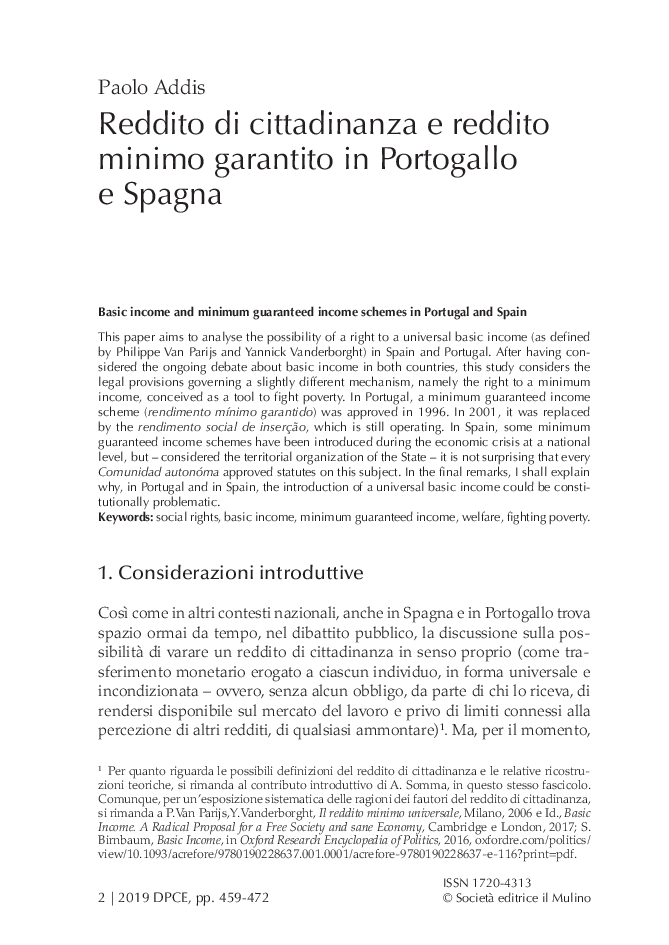