In the first years of the Third Republic, the liberal élite in power decided to invest economic, political and cultural resources to create a new intellectual figure: the constitutionalist. The institution of new constitutional law chairs in all law faculties had the aim to scientifically sustain and legitimate the new political order. The paper reconstructs the intellectual path of the first "Constitutionalists of the Republic", their doctrines, their answers to the most controversial interpretative questions of the new republican, liberal and parliamentary order, the transformations that the constitutional doctrine suffers during further decades, when the cultural hegemony of first generation's professors - deep-seated in Paris University - starts to be eroded by some new "competitors", usually coming from provincial towns Universities. Those professors start to challenge the republican doxa. They will end up to favorize that "conservative revolution" which - on the eve of the First World War - will bring to an increasingly strong anti-parliamentary polemic, to the exaltation of the executive supremacy, and finally, during the Vichy experience, to support a new political system, openly authoritarian and nationalist. The analysis provides some interesting food for thought as regards the impact that constitutional theories and dogmatic systematisations may have on constitutional systems' legitimation. 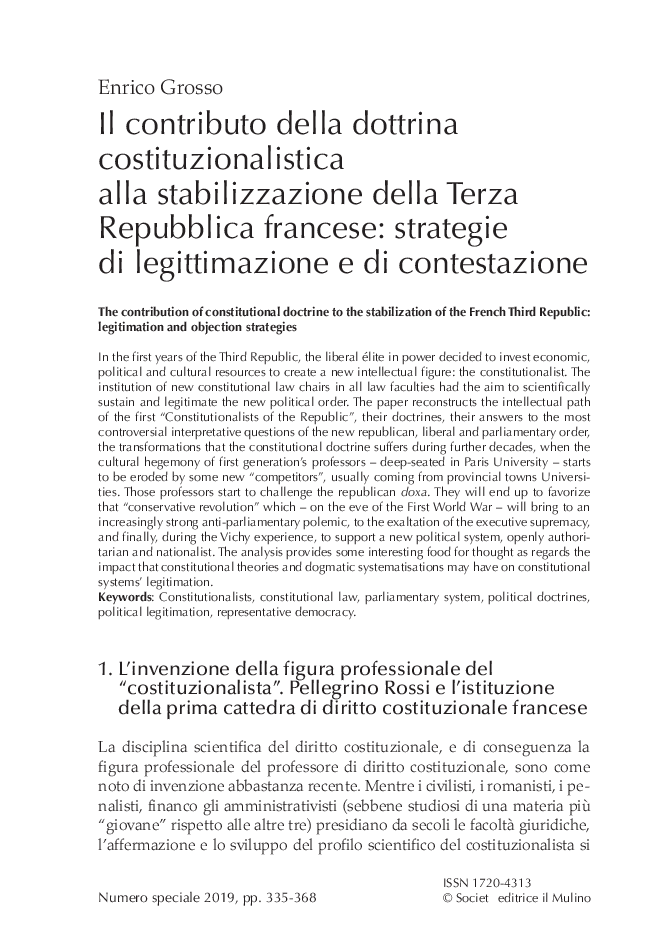