A discussion of three bills reforming the articles 56 and 57 of the Constitution was engaged by the Italian Senate. The bills aimed at reducing MPs from 635 to 400 deputies and from 315 to 200 senators, amounting to a reduction of the 36,5% of the former composition. Such bills were presented from the Parties which represent the majority and the reform is a part of the programme of the present Government. The opinion of the Author is that from the very outset of constitutionalism the number of MPs was not a casual choice. By contrast, such number was crucial to maintaining the equilibrium between voters and elected representatives and to ensuring the genuine legitimation of the assembly of the representatives. Should the reform pass, Italy would become the European country with the largest ratio between elected representatives and voters, which is about 150.000; while this ratio is roughly 116.000 inhabitants per deputy in France and in Germany, 133.000 habitants per deputy in Spain, 101.000 habitants per deputy in the United Kingdom. The central claim of the Author is that the reform was proposed without considering the adverse impact on the functioning of the form of government and on the party system. This impact translates into a reduction of the parties represented in the Parliament, without such a reduction being a factor of stability, absent a reform of the electoral legislation. 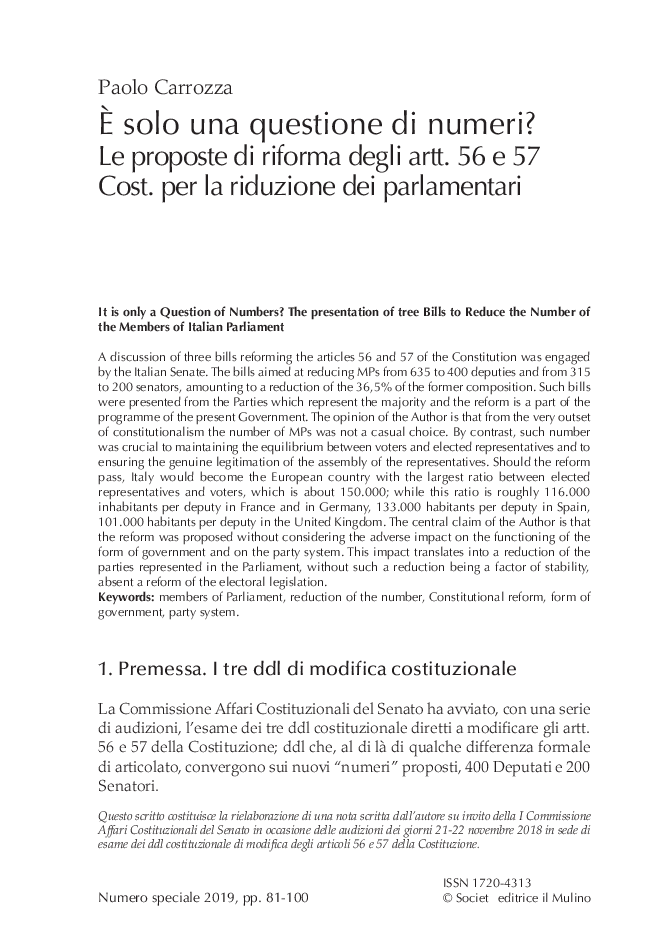