The legal regime of religiously oriented parties is a very relevant, although relatively less covered, declination of the increasing role of religion in the public sphere of pluralist democracies. The existence of religiously oriented parties is not new to Western liberal democracies, but today it seems able to raise new concerns in relation to the increasing cultural and religious pluralism of immigration societies (with particular reference to the "specter" of political Islam). Religiously oriented parties (and, more generally, "particularistic" parties) are presumed to be intrinsically dangerous to the extent that they are seen as intransigent and authoritarian-oriented; this logic of suspicion and hostility must nevertheless be tested in light of the fundamental principles and freedoms which liberal democracies are based on ("negative" and "positive" religious freedom, principles of democracy and pluralism, freedom of association, especially in political matters). The paper will address these issues by comparatively analyse the legal regimes of religiously oriented parties in different political and constitutional systems, in order to assess the impact of some significant variables on the adoption of restrictions and bans. 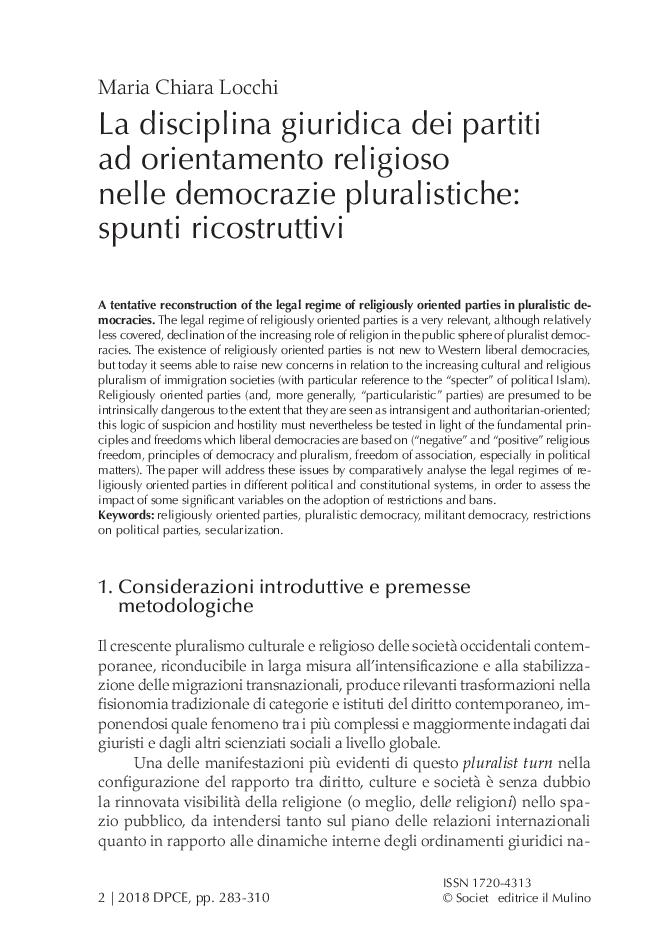