The essay deals with the evolution the linguistic question has undergone in Italy since the birth of the Country. It firstly focuses on the legal status of the Italian language, to which the Parliament has always shown a favourable attitude, even after the end of the fascist rule and, in particular, over the last years. Furthermore, the essay analyses the legal status of the historical linguistic minorities, including both the so-called "super-protected" minorities, i.e. those living in the border Regions, and those that are only recognized in the Italian Law n. 482/1999, as well as of the "new minorities". Not being able to meet the territorial criteria, the latter ones are insistently demanding for protection, which, due to the strong political resistance, is unlikely to be provided for in the short term. 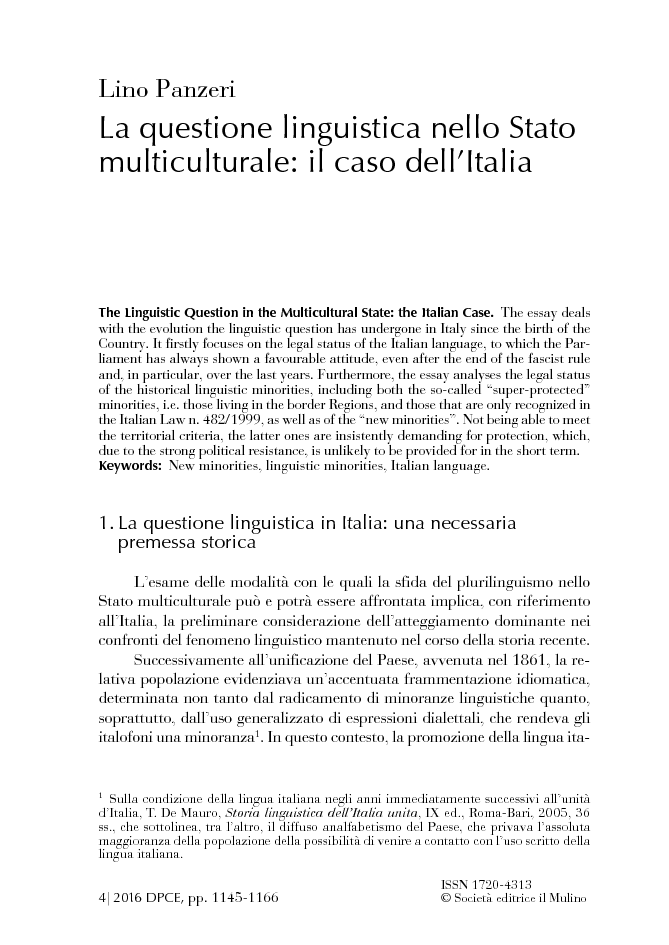