This article deals with the recent caselaw of the African Court of human and peoples' rights. In the period 2013-2015, the Court judged four times on the merit some individual and NGOs petitions. It largely declared the violation of the Banjul Charter, as well as of other relevant international treaties, on behalf of the states involved. Moreover, the Court began to judge on the reparations asked by the victims of those violations. In that way, the Court seems to inaugurate some positive trends, even though several aspects require to be corrected. In the meantime, within the African Union, the merging of the African Court of human and peoples' rights and the African Court of Justice is still under discussion. 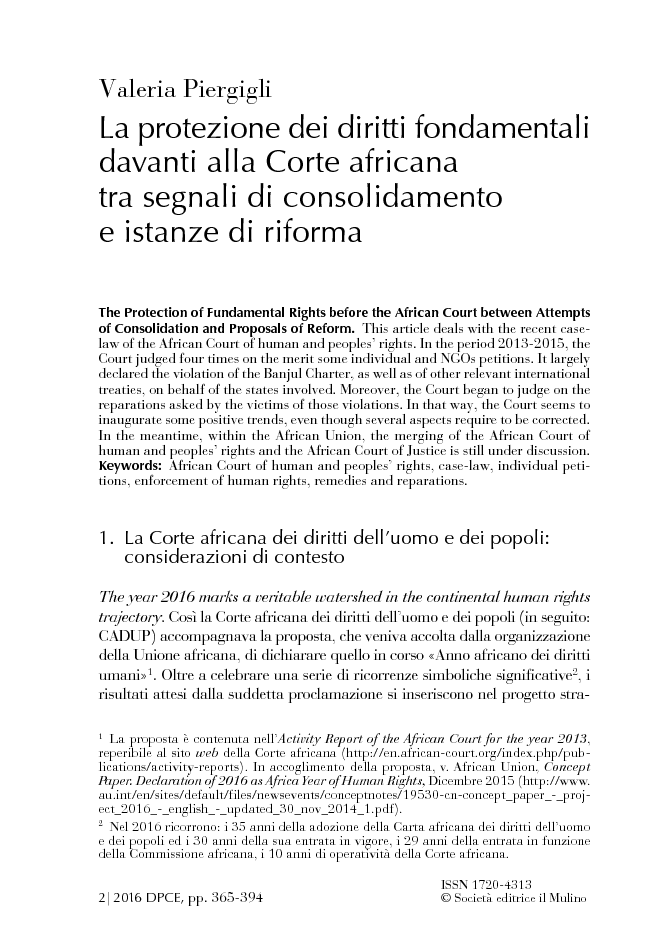