The method in the study of the forms of government must analyze the customary and written laws that govern relations between the organs of political power. In this regard, among the various classification criteria proposed by the doctrine, the preferable ones are those related to the existence (or otherwise) of the relation of confidence and the derivation of Government by Parliament or by the Head of the executive power. On the other hand, extralegal factors, such as the party system and its features, are not constituent elements of the forms of government, but, of course, they affect the functioning of these one and contribute to the identification of "subtypes" in the context of the models that result from the experience of different Countries. On the contrary, the influence of electoral systems on the stabilization of the form of government is certainly smaller. 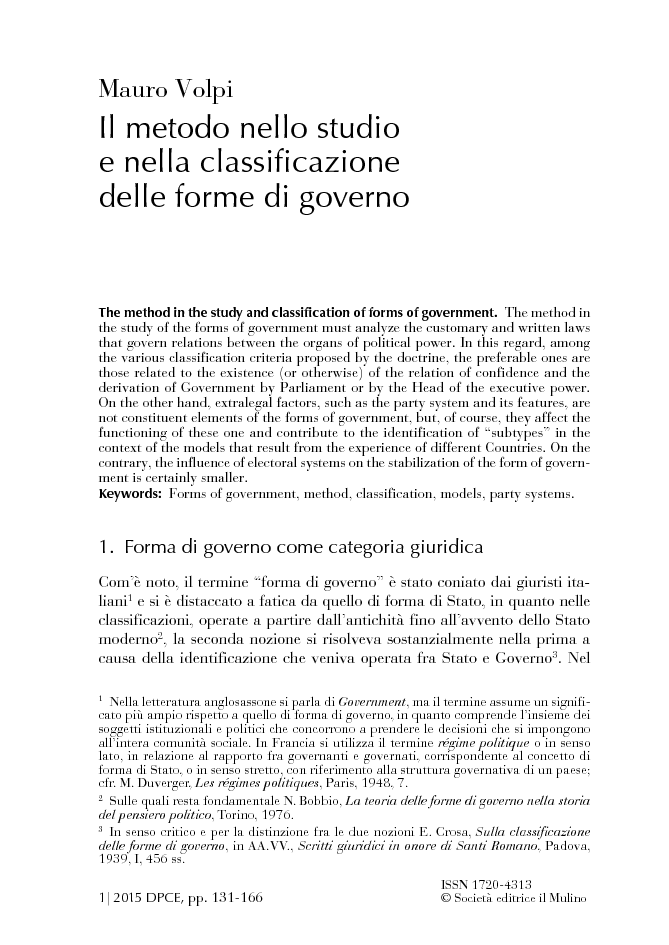