M.K. Gandhi’s fastidiousness to details, discipline, absolute clarity in his writing, and diction betrays his legal training and practice in its background. He challenged the British Empire on its own turf of legality and rule of law in which it took pride and often took the wind out of its sail with his legal astuteness. His own vision of society has ethics as its basis. It is in this light, an Italo-Indian comparison of constitutional principles is done, by exploring Gandhian political processes with “mitezza/meekness as a constitutional cultureµ and “mercy as constitutional practiceµ, forming the framework of Gandhian Constitutionalism. 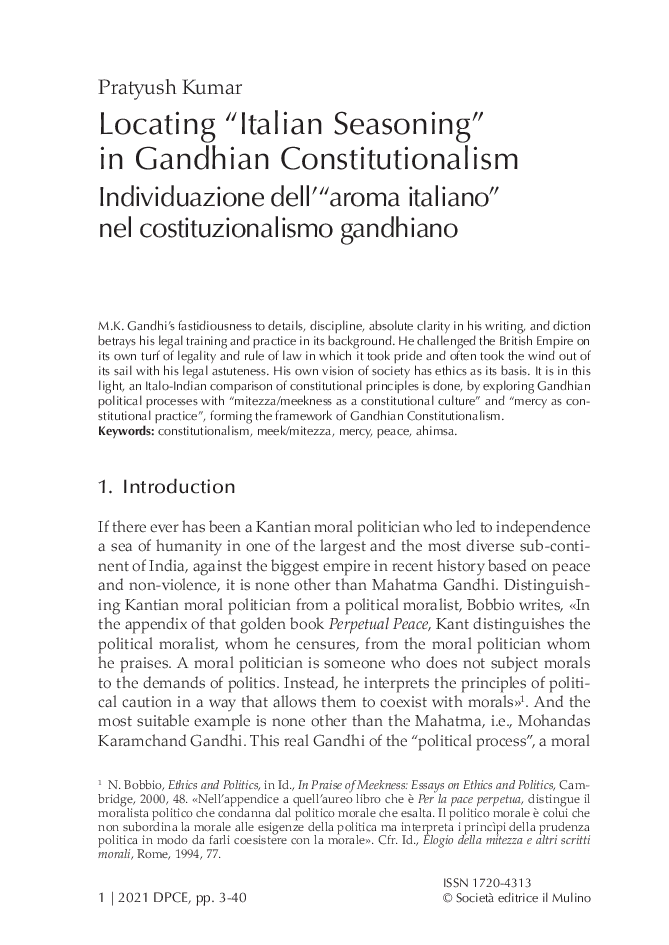