Following pressures toward restoring public finances in the era of global crisis, the Italian local governments have been recently the object of several proposals of reform aimed at the «rationalization» of functions, competences, and costs. Among these proposals, however, only the «Delrio Law» of 2014 had been definitely approved by the Parliament, producing relevant - albeit transitory - changes in the institutional system. Drawing upon a comparison with former attempts of reform, the article analyses the process of formulation and approval of the Delrio Law in order to assess the type and amount of change it has been able to produce, as well as the determinants of its «success» beyond the austerity rhetoric. 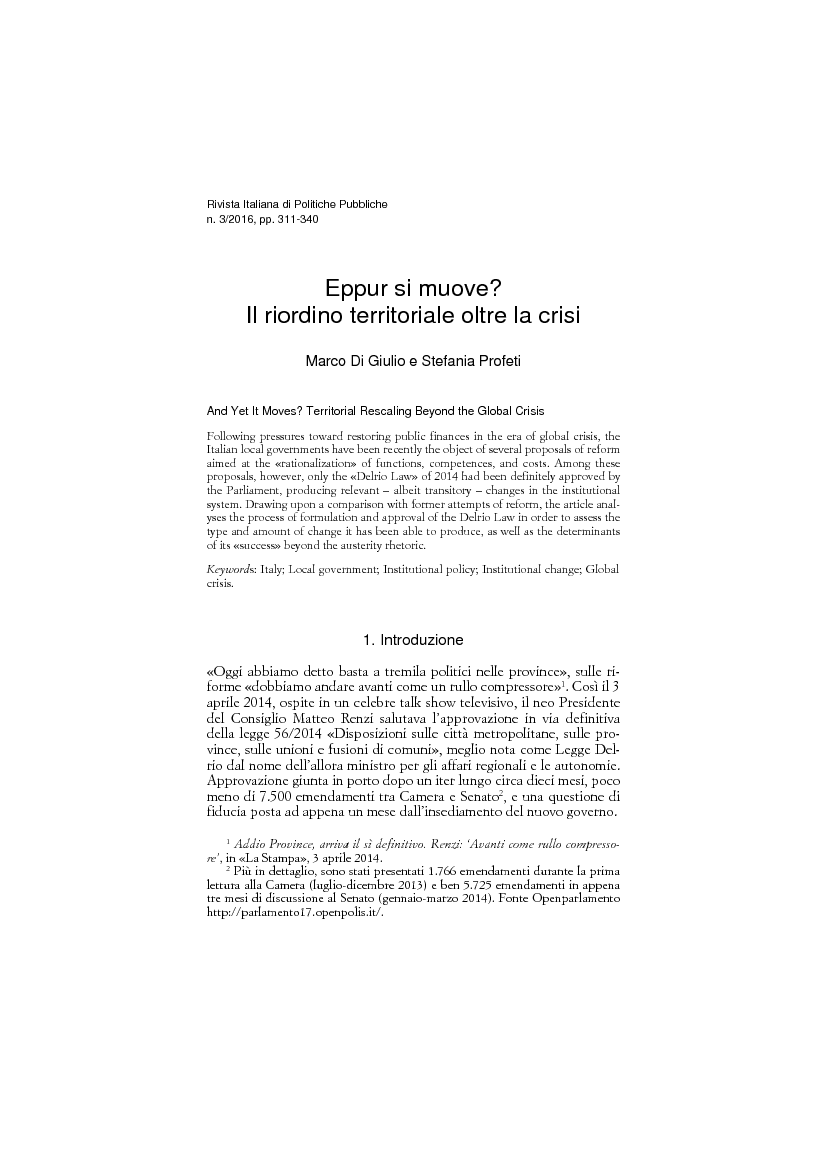