In his seminal 1989 book, Victor Davis Hanson contends that the roots of Western military thinking can be found in the warfare of the hoplites, and specifically in the way ancient Greeks waged war between the VII and the V century B.C. In this essay, I will show that only one of the features highlighted by Hanson, the search for a decisive battle, is consistent with the historical record. Throughout more than 2.500 years, Western armies have often tried to defeat their enemies with a quick and violent battle, which could lead to an unambiguous and immediate result. But the Western preference for decisive battle, I will argue, has mainly to do with material causes (such as the human, economic and financial costs of the war) rather than with a specific cultural legacy. 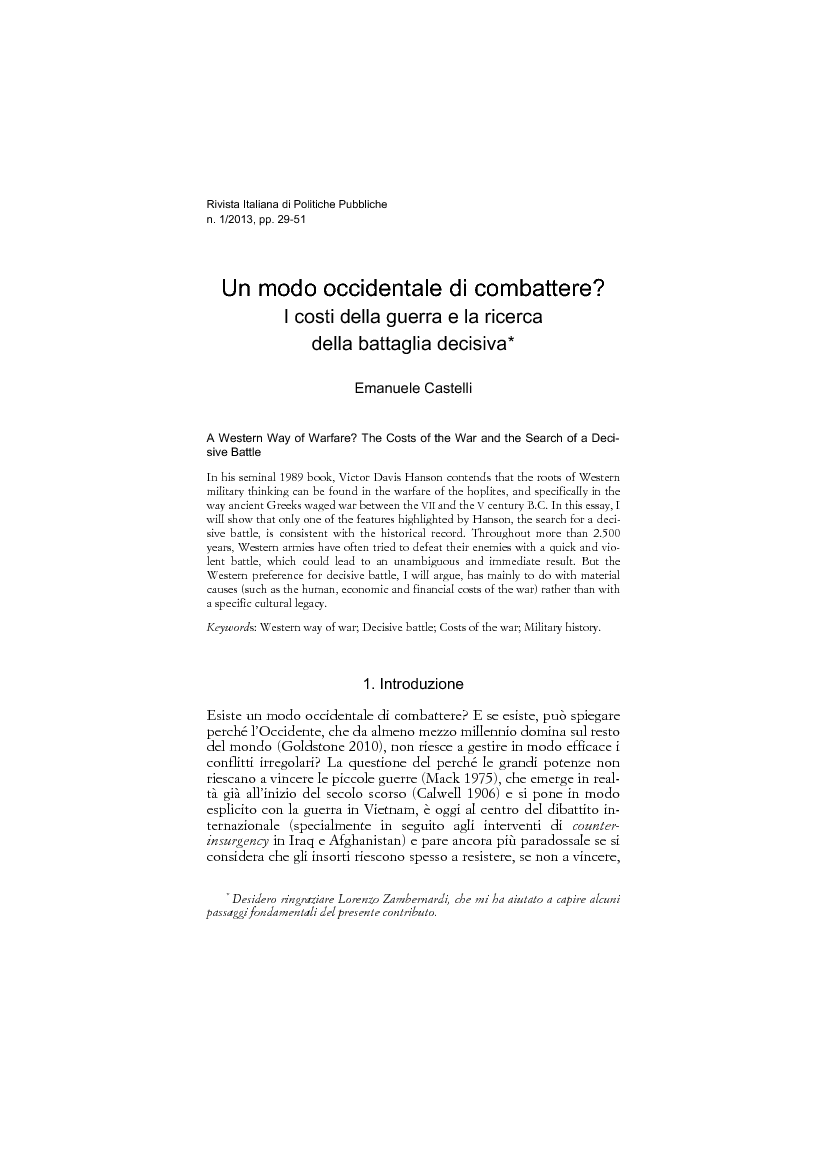