This article analyses the implementation of the Italian railway reforms, with a focus on the process of regionalization started in 1997. Indeed, this sector represents a relevant challenge for the Italian legacy in the field, traditionally regulated by the bureaucratic structure of the Italian Railways,,under direct ministerial control since 1905. However, after ten years of implementation, Regions seem to have not yet enough financial resources and administrative capacity to deal with this policy. In addition, the national incumbent (FS) initiated a successful lobbying campaign to restrict the market condition on the regional level in order to protect its own domain. As a result, the regionalization process appears to be dominated by national actors and highly politicized dynamics which undermine the creation of a stable and accountable regulatory framework. 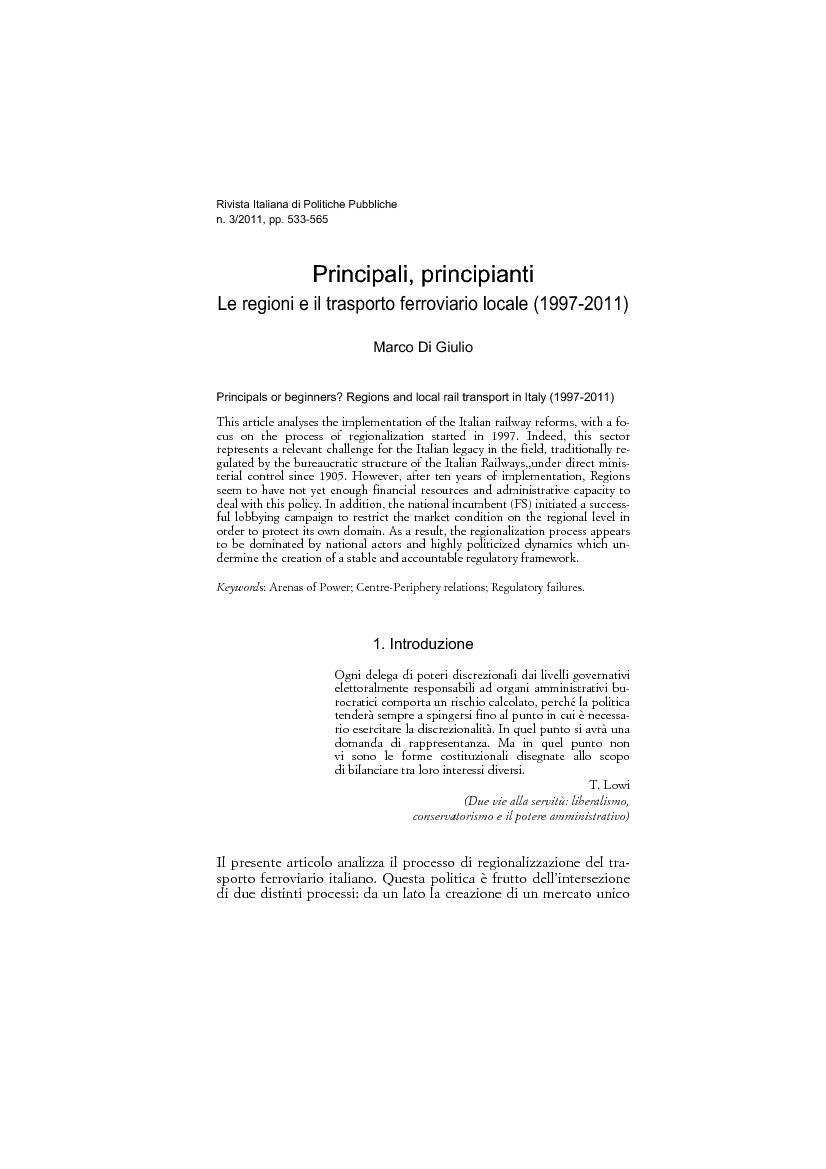