In Italy the first case of a «French style» public debate on large infrastructures was held in Genoa in 2009 on the project of a motorway bypass of the city. This article analyzes the characteristics of the device on the basis of this experience: the conflict that caused the debate, the independence of the commission that had to run it, the organization of the process and the transparency of information. It then sheds light on the mobilization of local communities, the uneven citizens' participation, the dilemma between the «how» and the «if'» of the project, and between deliberation and confrontation, and, finally, the result of the debate. The article ends by discussing to what extent the public debate, as a practice, can be successfully adopted in other cases. 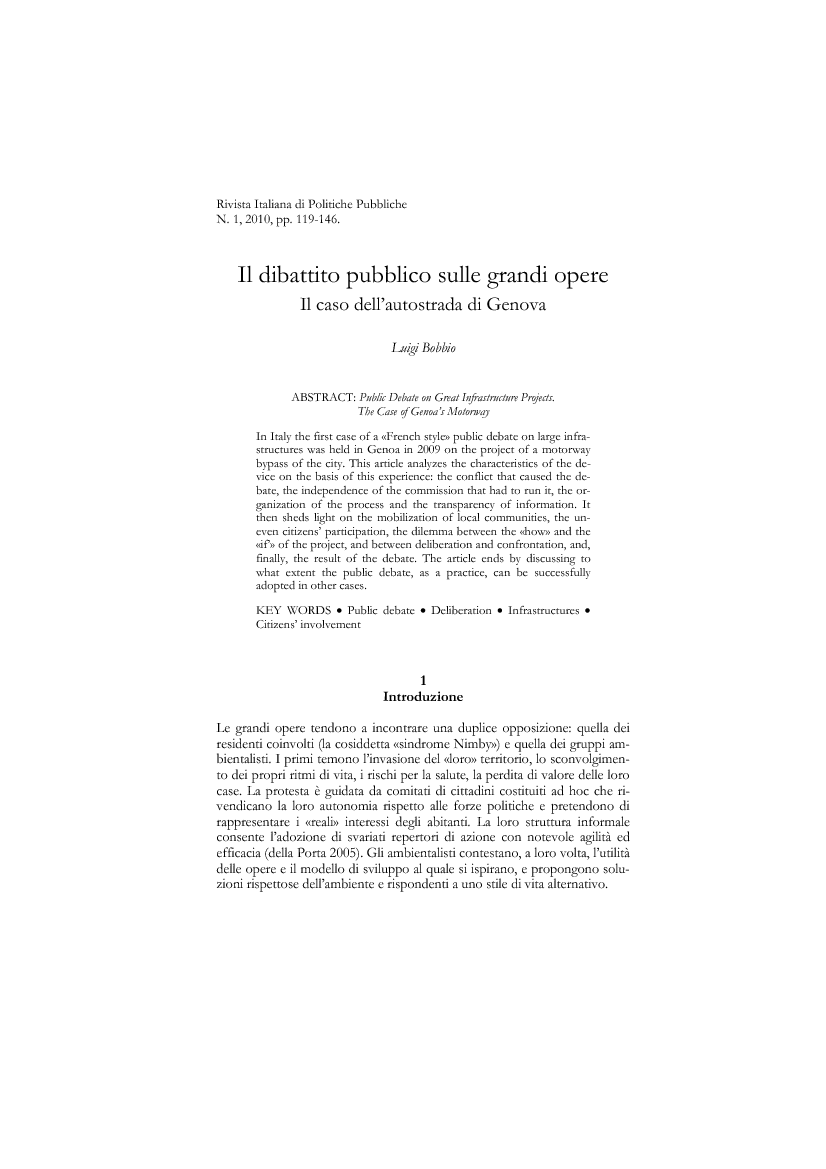