This study aims at analyzing one of the main pillar of any modern welfare state, namely the healthcare sector, and more precisely the medical profession. During the last three decades, the welfare states of the affluent countries have undergone deep reforms. The economic crisis of the Seventies, and the recession which followed, pushed all those governments toward a set of cost-containment measures. Since then, several scholars tried to understand the patterns and the conditions of change, and among neo-institutionalists, path-dependency seemed to be the most common interpretation. Recently, however, Streeck and Thelen proposed a different type of change, namely a slow and incremental one. The article focuses on the Italian case, analyzing both the reforms of the National Health Service and those directly addressed to the medical profession, with the aim of verifying how the Italian set of reforms takes its place in the taxonomy of change proposed by Streeck and Thelen. 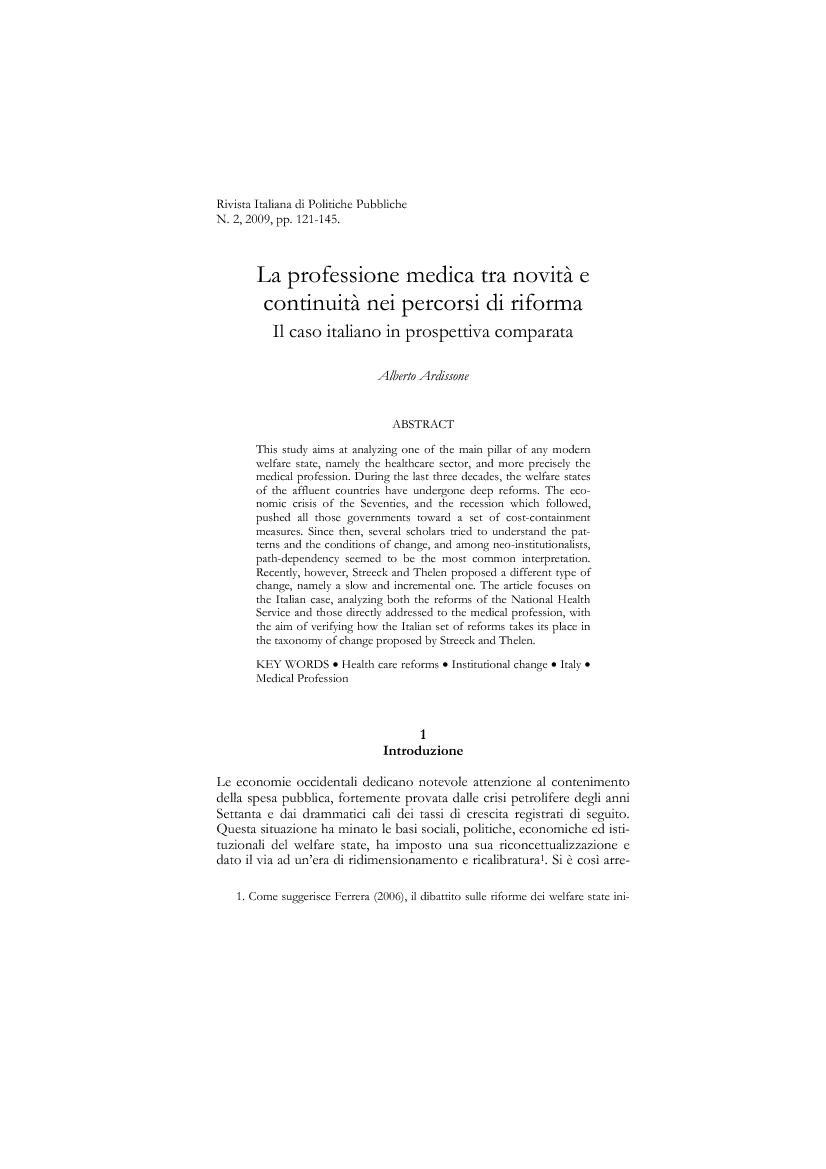