In 2006 the Gorrieri Foundation, some scholars and the author of the paper designed a proposal to increase the supply of child care in Italy. The proposal - named "Un emendamento per 100.000 bambini " - aimed to amend the Government's bill on child care in order to strengthen it. Several people lobbied to persuade the Government to pick up the proposal. The Government rejected it, even if some of its recommendations were actually introduced. The first part of the paper narrates the story of the proposal and of the efforts made to promote it. The second part discusses the role played by the different actors involved, politicians, lobbies, scholars, media and civil servants, and draws some general implications concerning both child care and the other sectors of the Italian welfare state that mostly need to be improved (such as long-term care and policies against social exclusion). 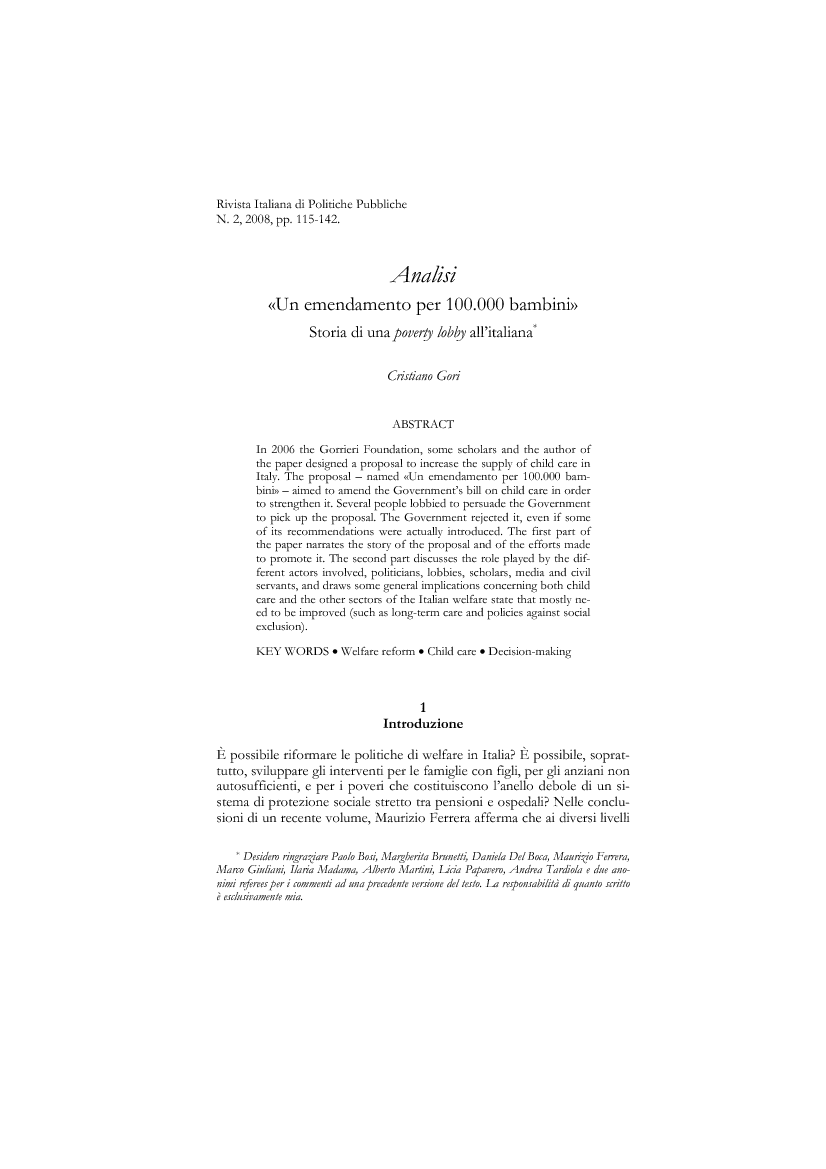