Politics play a pivotal role in shaping the modern media. The political parallelism of the media differs from country to country and is known to be high in Italy. Therefore, an Italian sample of 244 females and 178 males (M age = 33.6, SD = 13.3) was gathered investigating the link between exposure to right- and left-wing oriented media and people's prejudice towards immigrants. As expected, results indicated that exposure to right-wing oriented media (both newspapers and newscasts) correlated positively with levels of prejudice, even when controlling for people's political orientation, their direct contact with immigrants, and the level of prejudice of their socializing agents. In a similar model, exposure to left-wing oriented newspapers correlated negatively with people's prejudice. Finally, a set of mediation models showed which psychological processes lie at the basis of these links: fear of crime, the endorsement of norms of non-discrimination and biased perceptions of the frequency with which immigrants commit crimes showed to mediate the relation between politicized media and prejudice. 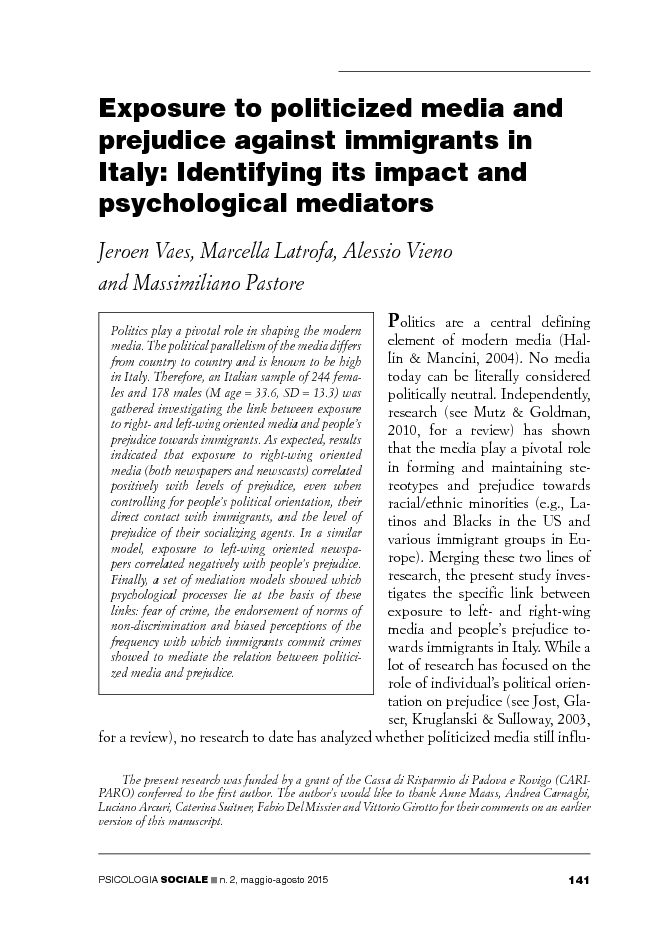