This paper offers psychological insight into the theory of counter-democracy developed by Rosanvallon to explain the peculiar features of grassroots activism in the contemporary age. The study, which involved 292 grassroots activists from a variety of groups, was aimed at empirically testing some potential psychological correlates of counter-democracy. In particular, we explored the assumption that the perception of institutions as unresponsive to the citizens' needs and demands is likely to activate a «counter-democratic syndrome » (including a cognitive component, i.e., paranoid social cognition and dogmatism, and a moral-affective component, i.e., moral convictions, moral superiority, and contempt for politicians). The results provided partial support to the hypotheses while simultaneously suggesting that the psychological transposition of the model needs to be further refined and retested. 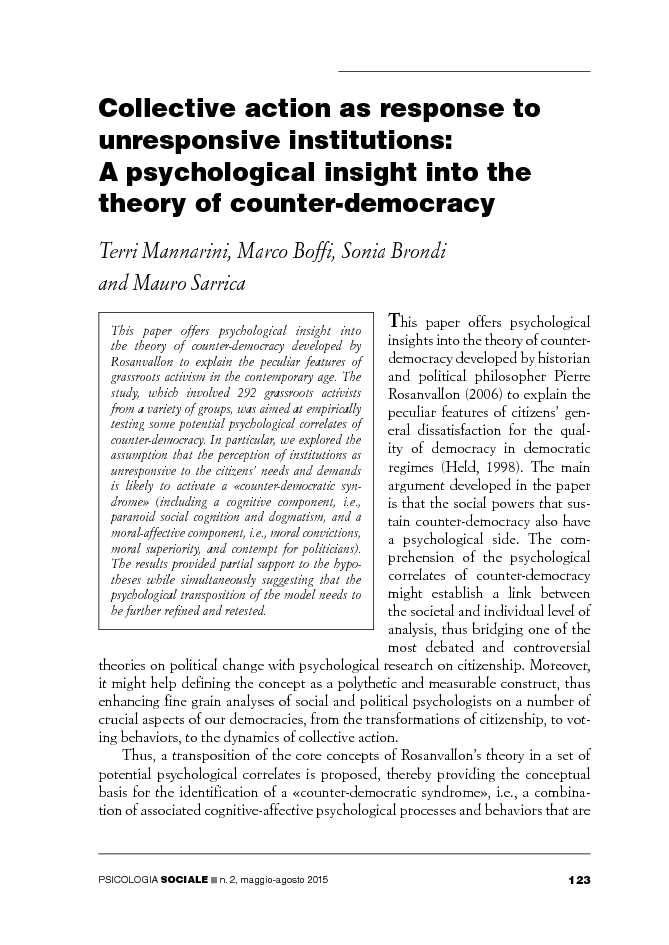