Intractable conflicts are defined as being protracted, irreconcilable, violent, of zero sum nature, total, and central, and parties involved have an interest in their continuation; they are demanding, stressful, painful, exhausting and costly both in human and material terms. As an adaptation to these conditions societies develop appropriate socio-psychological infrastructure, which includes collective memory, ethos of conflict and collective emotional orientations. This infrastructure fulfills important functions, on both the individual and collective levels, including the important role of formation, maintenance and strengthening of a social identity that reflects this conflict. It is institutionalized, disseminated and eventually becomes the foundation for the development of culture of conflict. Its major themes appear in public discourse, cultural products, school books, and societal ceremonies. The emerged culture of conflict ends up serving as a major fueling factor to the continuation of the conflict and as a major obstacle to its peaceful resolution. The infrastructure serves as major socio-psychological barriers. These barriers stand as major obstacles to begin the negotiation, to continue the negotiation, to achieve an agreement and later to engage in a process of reconciliation. 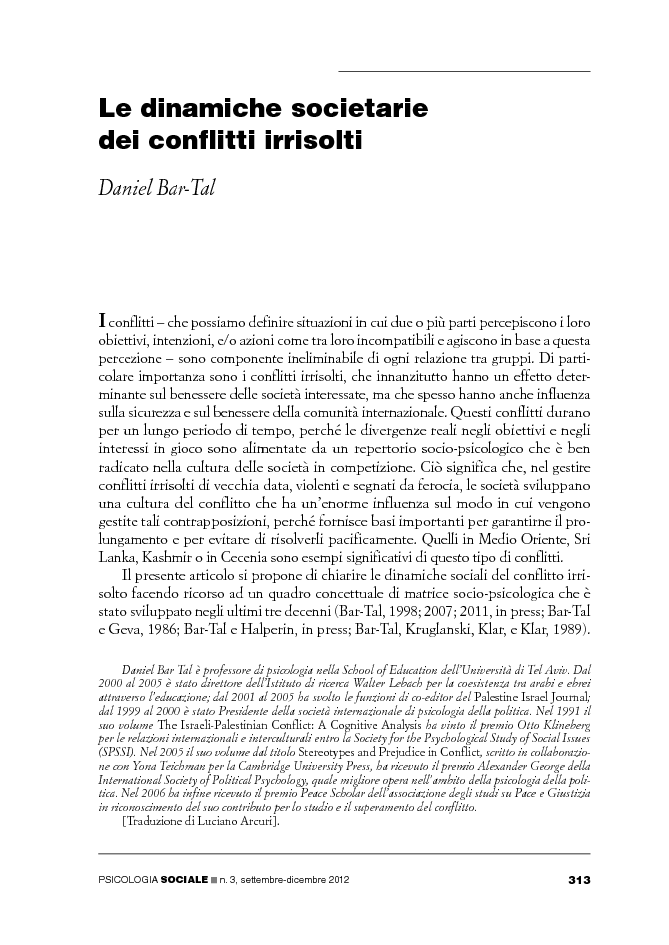