"Counter-normative behaviors" are considered a subcategory of "risk behaviors", even if they don't necessarily raise risk towards own welfare; they involve, instead, a non-obedience to social norms. In order to detect differences between these two constructs, 167 adolescents (55.4% males, mean age = 17.09, SD = .58) completed a questionnaire that asked to compare 8 risk and 4 counter-normative behaviors. The results underline that the risk behaviors are considered more frequent, shared, directed by internal locus of responsibility and led by the sensation seeking. The reasons under counter-normative behaviours are, instead, the membership and/or the distintion from the group. 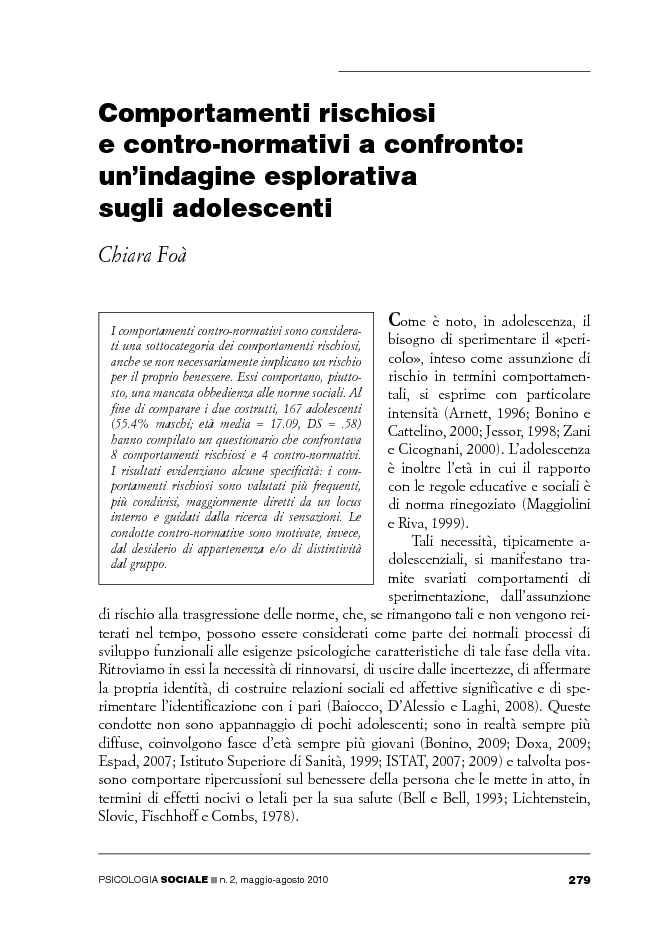