We present two studies aimed at showing that the congruence between the images of election propaganda and the shared symbolic representation of the competing coalitions (held by recipients) influences the readiness of picture categorization. To reach this goal, we carried out our studies in the Italian domain, a context in which the political personalisation process developed asymmetrically (that is, involving more the right-wing than the left-wing). The results highlight that the asymmetrical personalisation process reflects on the representation of the two coalitions that, in turn, influences the categorisation process of the images. More interestingly, regardless of participants political orientation, the picture of a single candidate (either real as in study one, or fictitious as in study two) is more frequently attributed to the right-wing, whereas the picture of an heterogeneous group is more frequently attributed to the left-wing. 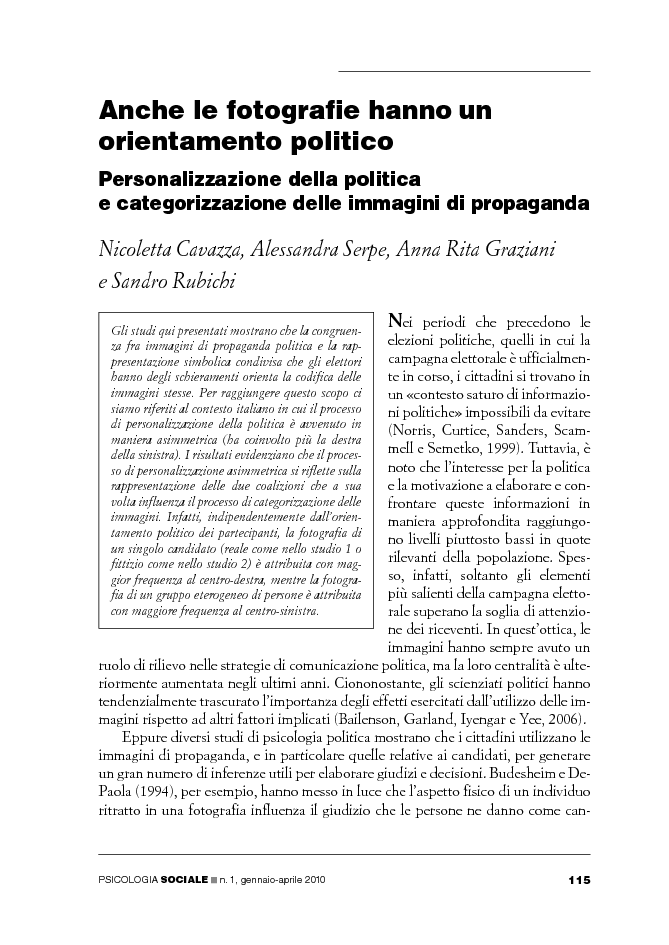