The left-right dimension may be conceived as the basis of some important heuristics used by voters to reduce the complexity of their political judgments. Which decision rules linked to the left-right counter position do voters actually use? We hypothesized that different rules are used in relation both to individual (cognitive ability and motivation) and contextual (cultural and political variables) factors. To test such hypotheses, we analyzed the answers given by two representative samples of the Italian population to the same openended questions about the meaning they attributed to the political "right" and "left", asked in 1975 (N = 1,657) and in 2006 (N = 1,377). We detected five main decision rules, differing according to the level of abstraction of the content taken into consideration. We discuss the changes occurred between 1975 and 2006 in the use of such heuristics and their relationships with the main individual characteristics in the frame of a changing context. We argue that the "right" and "left" labels are tools suitable to meet a need for simplification which did not lose importance in the 31 years passed between the first and the second survey, even if the level of motivation and cognitive ability of the Italians, as their political context, did actually change. 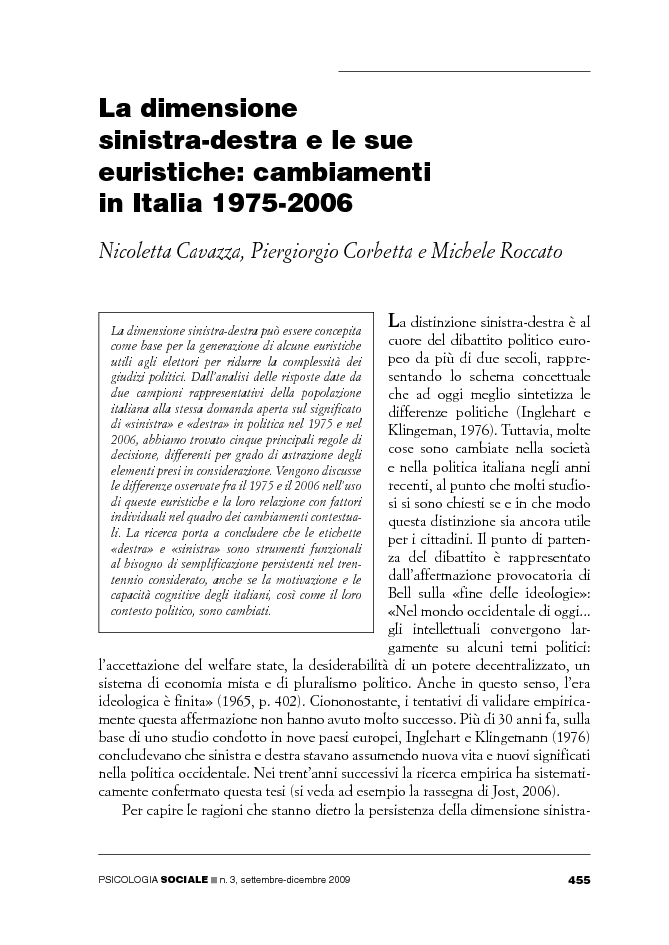