Within-country disparities in advanced economies have increased substantially during the past decades. They have become a major concern for policymakers since, beyond the direct social welfare and equity consequences of this rising trend, there is growing evidence that regional disparities may have important implications for economic outcomes. Before the outbreak of the Great Recession, considerable attention was devoted to what makes a region successful, and why some regions grow faster than others, but researchers often overlooked how regions react to shocks and why this happens in a heterogeneous way. Furthermore, the classic literature on regional inequalities has mainly focused on the long-term relationship between economic growth and regional disparities and on the role of labor mobility, sometimes also as a mechanism of adjustment to labor demand idiosyncratic shocks. This literature trend has reversed since 2008, when investigation of the heterogeneous impact of shocks across areas became prominent in regional studies through the analysis of regional resilience. Moreover, the discussion on the asymmetric effects of macroeconomic policies, which was not a major concern in recent decades, has suddenly reemerged. This paper surveys the recent approaches adopted to study regional disparities as related not only to the process of economic growth but also to economic downturns. The investigation focuses initially on the relationship between national business cycles and idiosyncratic regional shocks and then moves on considering explicitly the role of macroeconomic policies and dynamics in affecting, through the impact on specific local assets, the process of (unequal) long-run regional growth as well as short-run resilience to economic shocks. 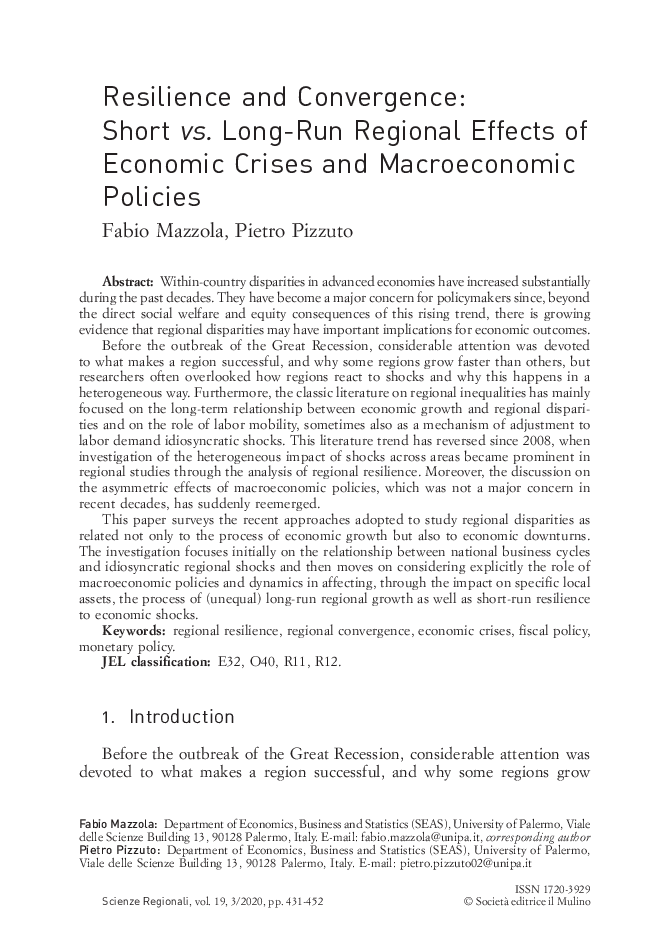