Colombia is known as one of the happiest countries in the world despite poverty, crime and government corruption. This paper reports on a survey of life satisfaction conducted in Cali, the third largest city in the country, in order to analyze how life satisfaction is affected by the socioeconomic conditions of where people live and their satisfaction with government performance. We find that, on the surface, Cali’s habitants are generally happy, but when we look at the deep socioeconomic differences in the city, another picture emerges. We report two main findings: first, levels of happiness with home and city are relatively high, with neighborhood satisfaction much more dependent on socio-economic status; second, compared to personal subjective well-being, satisfaction with city government performance is much lower. There is a dichotomy in satisfaction levels at different spatial scales and between the private and public spheres. 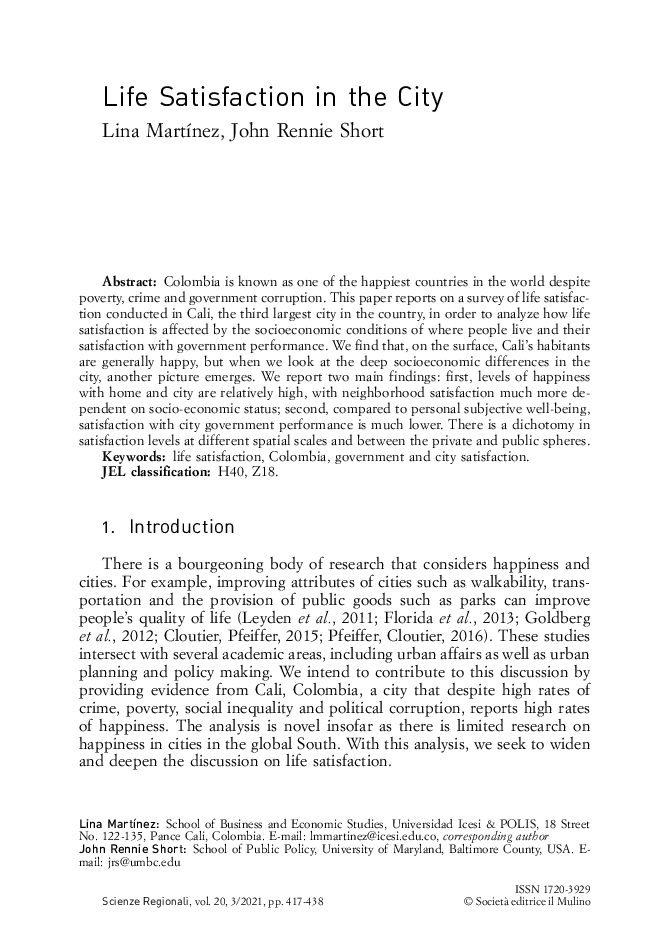