Nowadays, the global, the national and the local levels are intertwined as a result of the ongoing rescaling process. Driven by globalization, rescaling in the social, economic and political sense is considered by many scholars as a primary cause of evolution in regionalism and cross-border cooperation (CBC). The already hybrid national and international political space has altered the traditional geopolitical view of «state-as-a-monolith» and there has appeared a new multi-actor and multi-level dimension, reshaping the relationship of power and territory and creating a different geopolitical scheme. In order to support the growth of regionalism in its member states, the EU has developed a multi-level strategy based on three concentric levels. This study investigates how these three levels of regionalism are perceived in Bulgaria, in particular through Bulgarian local officials who are involved in CBC activities and are based in four local authorities in border areas. The paper further investigates the link between the importance of CBC for the EU Danube Strategy and the EU integration process, and seeks to examine how the first level of regionalism can influence the other two. 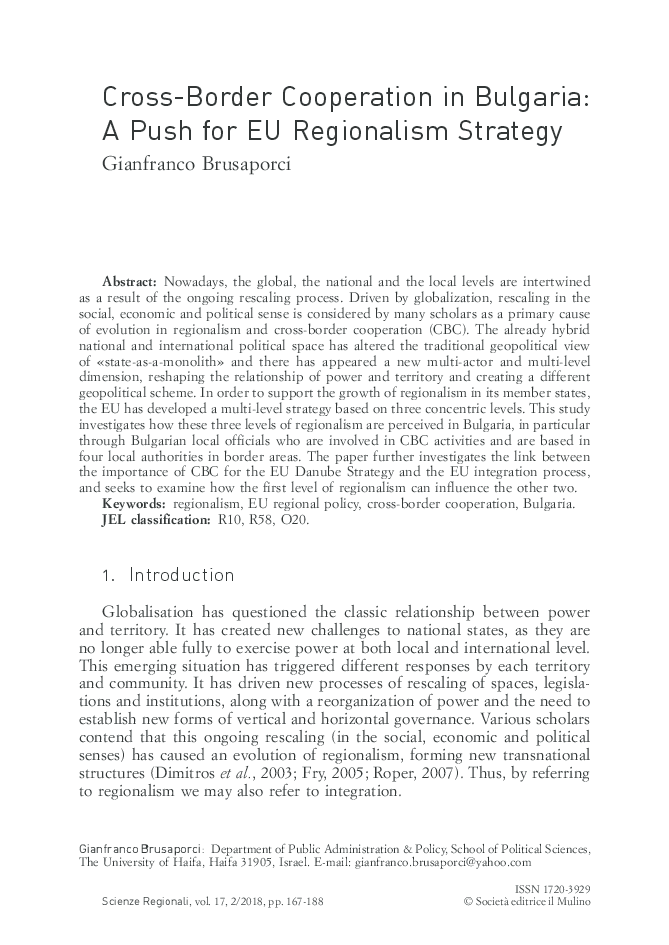