Greece, traditionally characterised by high regional inequalities, has been the hardest hit country by the recent economic crisis. During these times, new forms of flexible employment have been becoming very common, and the question is whether these forms actually mask unemployment as they entail a «lack of choice» element. This paper uses data from the Labour Force Survey, covering periods before and during the crisis to investigate the existence, determinants, and extent of Involuntary Non-standard Employment (INE), across Greek regions. The outcomes are calling for policy actions to safeguard employment of the vulnerable groups and regions 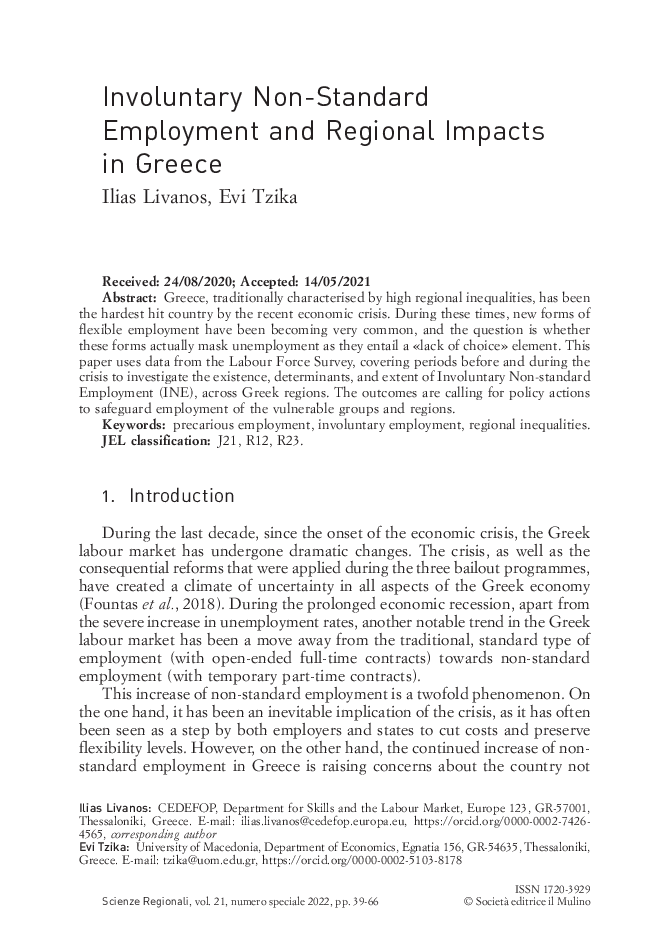