The timeframe of scientific research into climate change deals with a recent past that departs from the longer timespans that have preceded it to speculate on future developments. This essay analyses the graphic form of time series used to communicate this phenomenon, with a focus on trendlines and fork graphs. These configurations are used to express, on a quantitative basis, the risks and escape routes from the imminent catastrophe. These images represent the future in the form of possibilities, and, in their simplified shape, they serve to convince public opinion. As a support for speculative and design work, diagrams on climate change provide the basis for inventing scenarios, narrative forms the purpose of which is to orient their reader towards their realization. 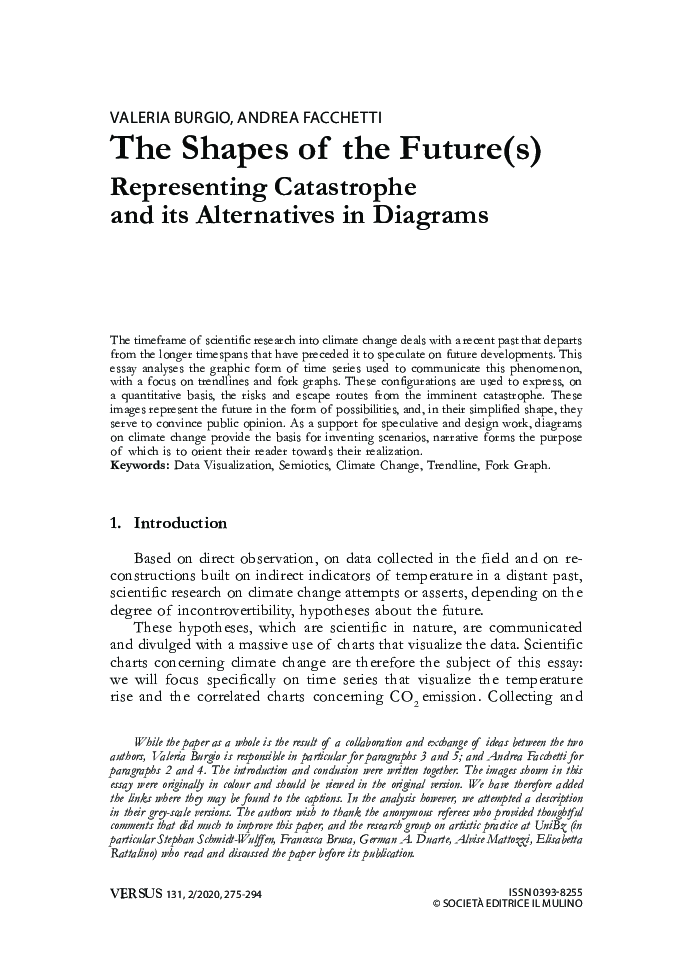