In order to define the notion of secret, the paper starts from the classic semiotic square of veridition proposed by Greimas and shows its insufficiency with respect to the standard understanding of this concept. Another semiotic square is therefore proposed, based on the “wantµ and “mustµ modalities, applied to “let people knowµ. On this basis a typology of “secret figuresµ is proposed such as modesty, privacy, silence, sacred, censorship; their mutual relationship is discussed. Finally we study the strategies of the secret that are an essential part of storytelling: in each traditional story the narrator administers the knowledge of the reader, keeping secret at the beginning the essential information to which the reader is interested and letting them known slowly, in a sort of strip tease, in order to always preserve the sex appeal of the story. The secret and its progressive unveiling thus appear to be the engine of the narrative practice. 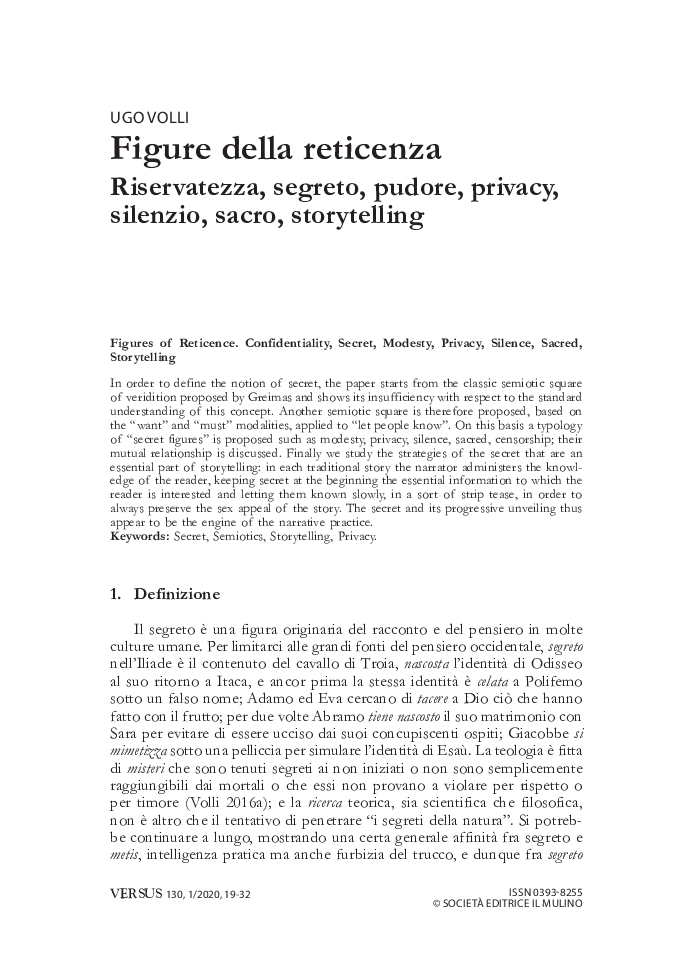