Suffice it to observe the number of times the expression “Model Readerµ is mentioned in the “Lector in Fabulaµ (75 times) to realize it is largely used in preference to the somewhat specular concept of “Model Authorµ (mentioned 19 times altogether). In fact, the latter is relegated to chapter 3.6 “The author as an interpretative hypothesisµ and is subsequently used sporadically (in the above mentioned chapter, it appears as many as 14 times, while in the rest of essay just 5). Why this discrepancy between the two “textual strategiesµ (as Eco calls them at various points in the essay)? In this work, I’ll try to deepen the context and the epistemological bases of the Eco’s concept of “Model Authorµ, as it appears in the Lector, and how it is then taken up in different and various contexts (“Interpretazione e sovrainterpretazioneµ, “I limiti dell’interpretazioneµ e “Sei passeggiate nei boschi narrativeµ). An attempt to investigate the reason why both in Eco and in the following studies concerning the Author, the Model Author appears a sort of “poor relationµ compared to Model Reader. Is this just a secondary and less dense textual position or a renewed overall reflection could produce interesting developments? 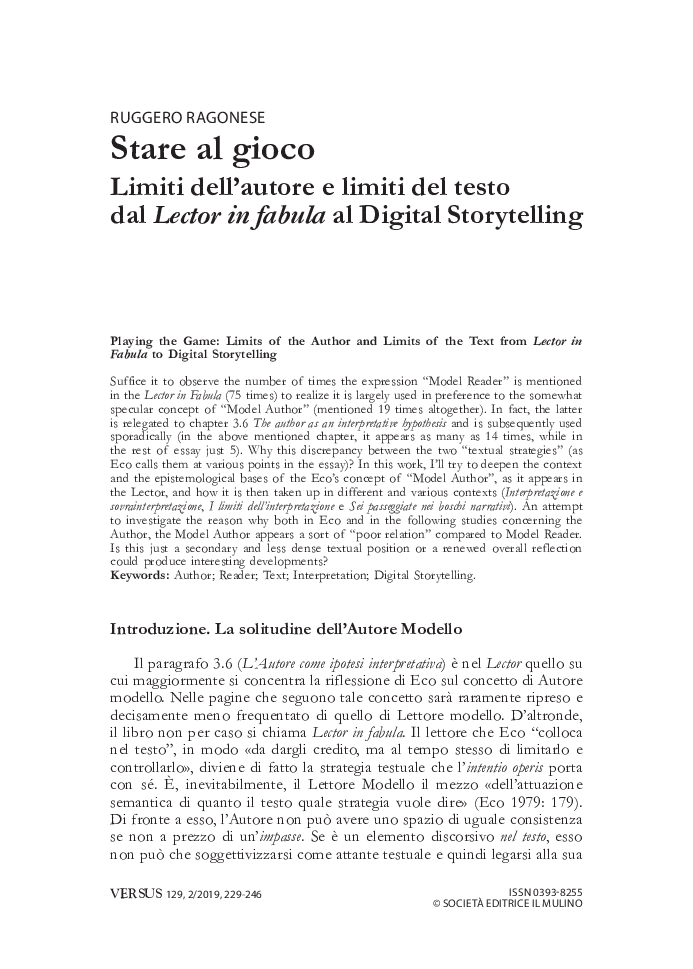