This essay proposes a rereading of some fundamental semiotic intersections in dialogue with a series of important epistemological and ontological reflections that came to fruition in anthropological setting. Such a rereading will lead us to demonstrate: a) the primacy of the concept of translation with respect to that of interpretation; b) that, as a result, the mechanisms of interpretance, in so far as they are forms of translation chaining, fall back under the more general umbrella of translation; c) that translation acts simultaneously by chaining and by correlation; d) that each of these two modes of translation produces its own form of invisibility; catacresization for chaining, and encatalyzation for correlations; e) that each of the two forms of translation, once acquired and dominant, provides the basis for redefining a specific ontology - or a form of instauration of the real -, which renders the other form of translation invisible; f) that the real, whose instauration is function of the two modes of meaning generation, is a different matter than reality. 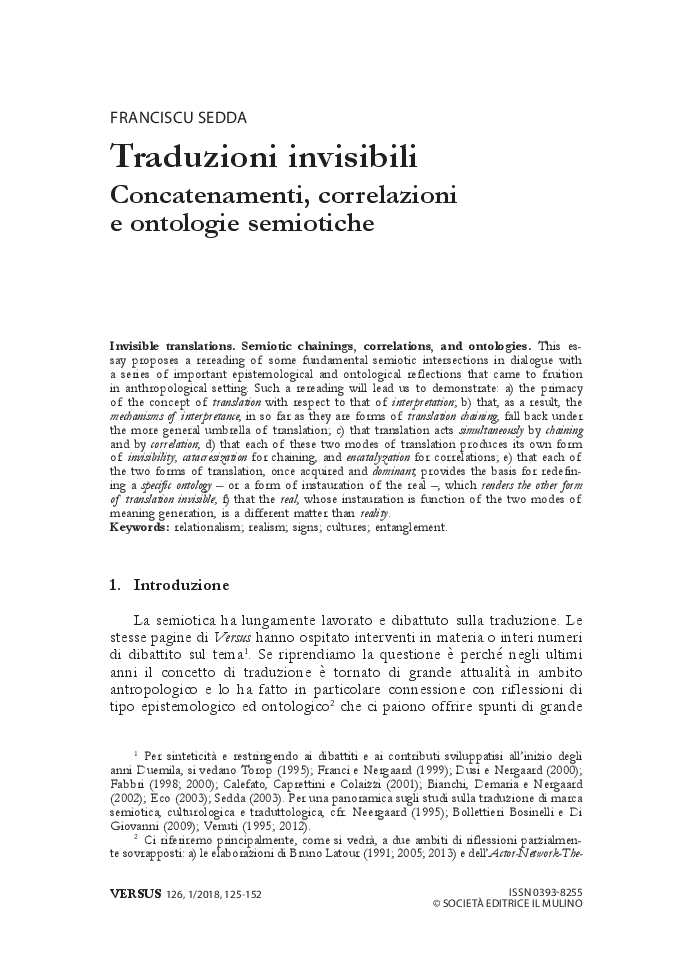