Versus, or vs, is commonly conceived of as a logical construct which identifies two oppositional categories. It is usually thought of as a theoretical divisive object. We nevertheless think that it could be more advantageous to reframe it as a semiosic tool which unifies, modeling the spaces of differences. The vs builds a polarized spectrum around two categories and allows the circulation of meaning which is otherwise without trajectories; it is the backbone of a topology of meaning, the implicit engine of the Greimasian semiotic square, the post-litteram manifestation of the Heraclitian doctrine of contraries. Today the vs is however further connoted and axiologized, not designating only a detachment, a disconnection, a differentiality, but also a sort of intrinsic struggle between the poles it separates. A reciprocal nemesis. In cinema and in its paratexts, which we will investigate, the vs forms the crossover point, the union of two otherwise disjointed narrative universes which through it can interpolate themselves in a conflict that is also a meeting. 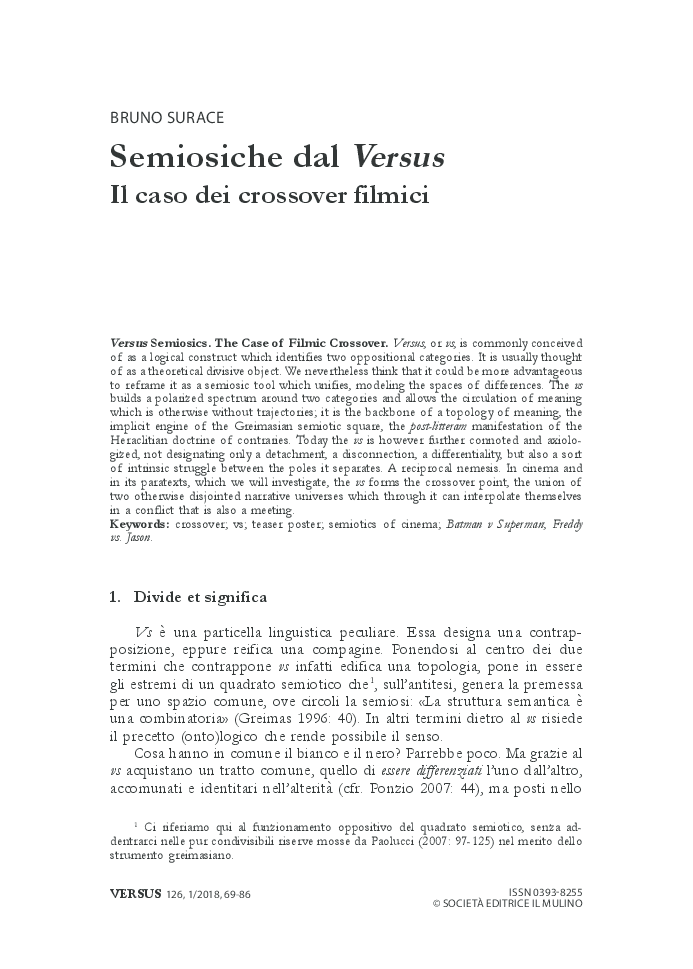