Shortly after the defense and publication of his thesis on Baudelaire, Claude Zilberberg published in the "Bulletin - Actes Sémiotiques", a paper entitled "Under the semes, what is it?". Today, we can rephrase the question as follows: "Under the difference between two terms, what is it?". The answer of the tensive theory is simple: under the difference between terms, there are the gradual differences between categories underlying the difference between the terms in question, and which participate in the meaning not of the terms themselves, but of their difference. Therefore, there is no epistemological contradiction or methodological exclusion between a "term-to-term" (or discontinuous) differential approach and a "degree-to-degree" (or continuous) approach, but only a difference of level or point of view analysis. From a clearly assumed didactic perspective (that is to say without pretending to invent anything new), this study tries to show how the tensive approach completes and transforms the differential semiotic analysis: (i) by taking account explicitly of meaning perception, (ii) by the experiential and phenomenal dimension of meaning, (iii) by the pre-eminent place of affect, and (iv) by the point of view of complexity. 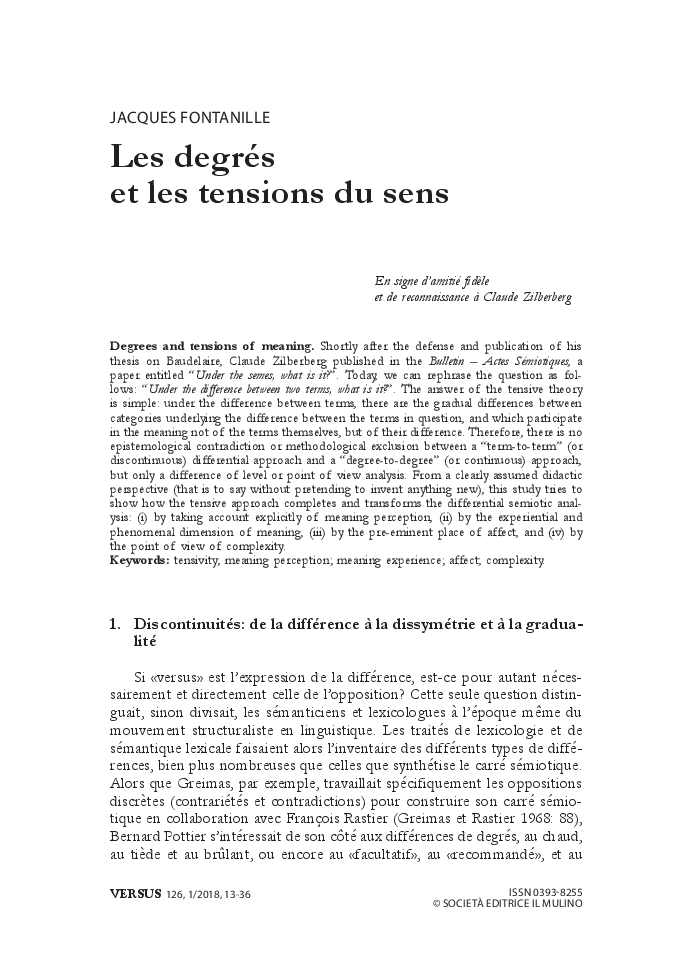