Three theories describe the relation between the relative difficulty of stimuli processing by readers and their aesthetic experience: foregrounding, the fluent processing hypothesis, and optimal arousal theories. The first argues that aesthetic pleasure derives from processing difficulty and the resulting delay; the second - from fluent and accurate processing; while the third suggests that there is an optimal level of difficulty where aesthetic experience is maximized. The three theories are contradictory both in their arguments and in their findings, which may be explained by the fact that each is informed by a different field. New studies, however, compare them within the same field (poetry or proverbs) and report mixed findings, which lend support to more than one explanation. The present article proposes "semantic noise" as a new variable that has not been taken into account in previous experiments, and that may explain some of the contradictory findings. Semantic noise is a communication failure not caused by a problem in the communication channel. The term refers to the interaction between certain textual characteristics and the reader who experiences them as undesirable (e.g. perceived errors, multiple and distracting meanings, or confusion between story characters). According to this concept we propose two hypotheses: (1) Literature experts will be more sensitive to semantic noise; and (2) A minimal difference between two stimuli can produce greater semantic noise than a big difference. These hypotheses generate predictions that differ from those of the foregrounding, fluent processing, and optimal arousal theories. 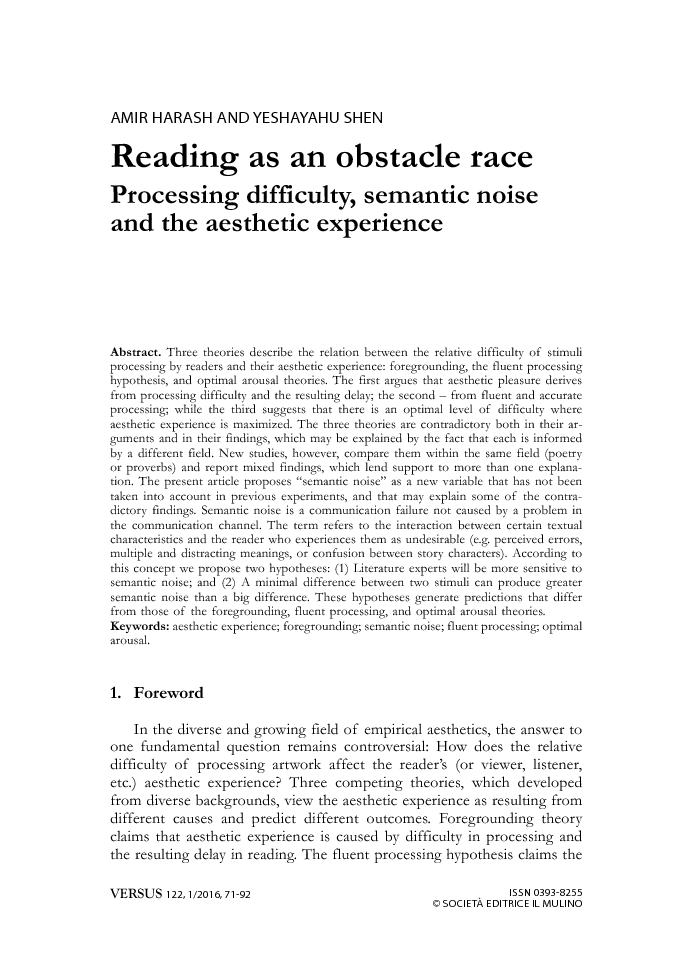