Imagination plays a central role in the anticipation of possible futures, including within the political domain. This article examines the process of construction at an imaginary level of the political future, understood as a semiotic product with a narrative configuration that guides political action and that is anchored in past individual and collective experiences, imaginaries and understandings. To do so, the article engages in a dialogue between political theory, practical philosophy and semiotics by exploring the nature, aims and scope of ‘political action’, thereby offering: first, a conceptualization of the adversative – and semiotic – nature of political action; second, a discussion about the centrality of imagination in practical life, including in political issues; and finally, an argument regarding the imaginary construction of the political future as a culturally-bounded process in which semiosis plays a leading role. 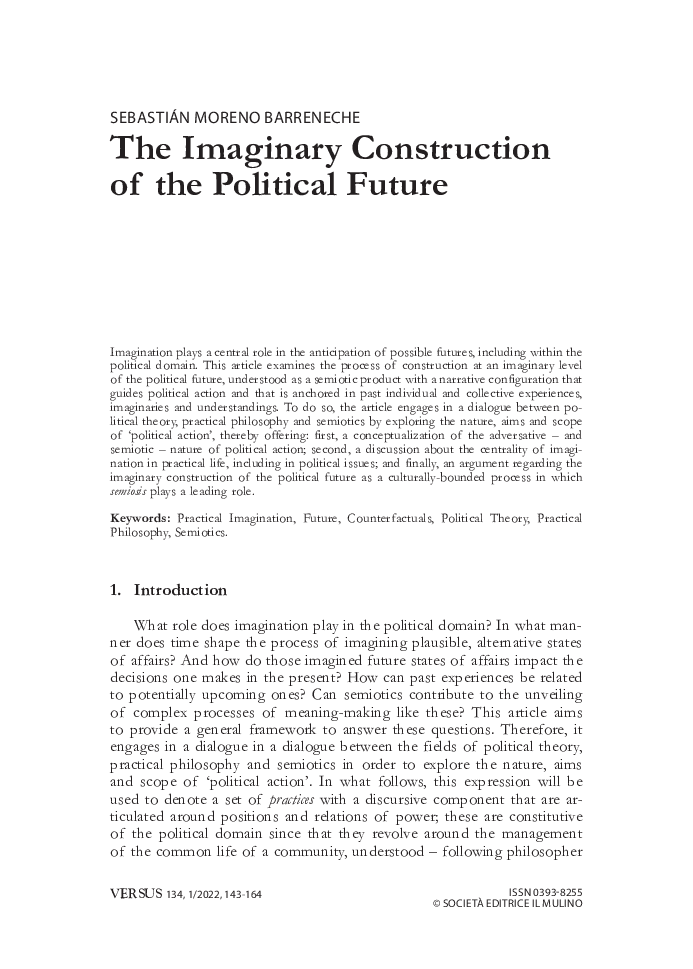