This paper examines, through a semantic analysis, the links between the ordinary notion of world, the logical notion of possible world and the literary notion of fictional world. Reviewing hypotheses (metaphor, homonymy) formulated by logicians and literary theorists, we will see that the academic meanings operate, according to a generalizing synecdoche, a drastic desemantization of the ordinary notion. These academic meanings rely on the activation of the semantic features of ‘set’ and ‘totality’, making the notion of world abstract, pluralizable and modalizable. The ordinary notion activates however semantic features of ‘situability’ and ‘appropriability’ that a logic of scientific knowledge as well as a theory of literature would undoubtedly gain by not neglecting. 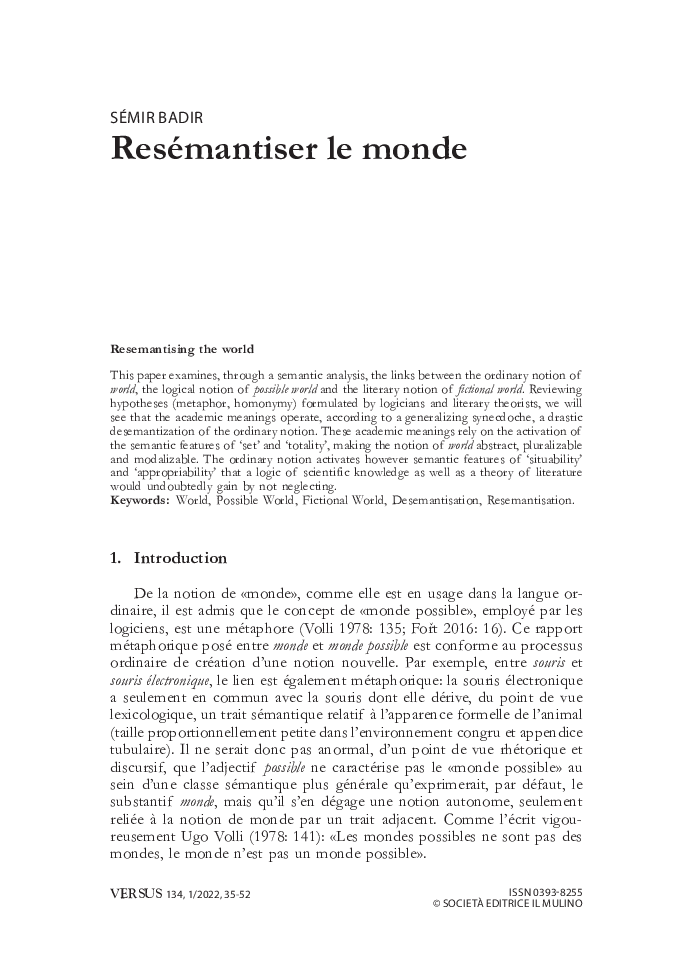