In 1973, a long essay by Paolo Fabbri opened a wide-ranging debate in the social sciences, in light of new findings in semiotics and structural anthropology, sociolinguistics and media studies. In the following years Fabbri’s essay paved the way for a socio-semiotic approach in several fields of analysis, such as advertising and the consumer society, political and journalistic discourses, urban spaces and gastronomy, design, branding, old and new media. Looking back at Fabbri’s seminal essay today appears very useful for rethinking the roots of socio-semiotics, to follow the paths it has traced, to dig up concepts and observations that had been dropped, and to re-think old assumptions in view of a new dialogue with sociology. 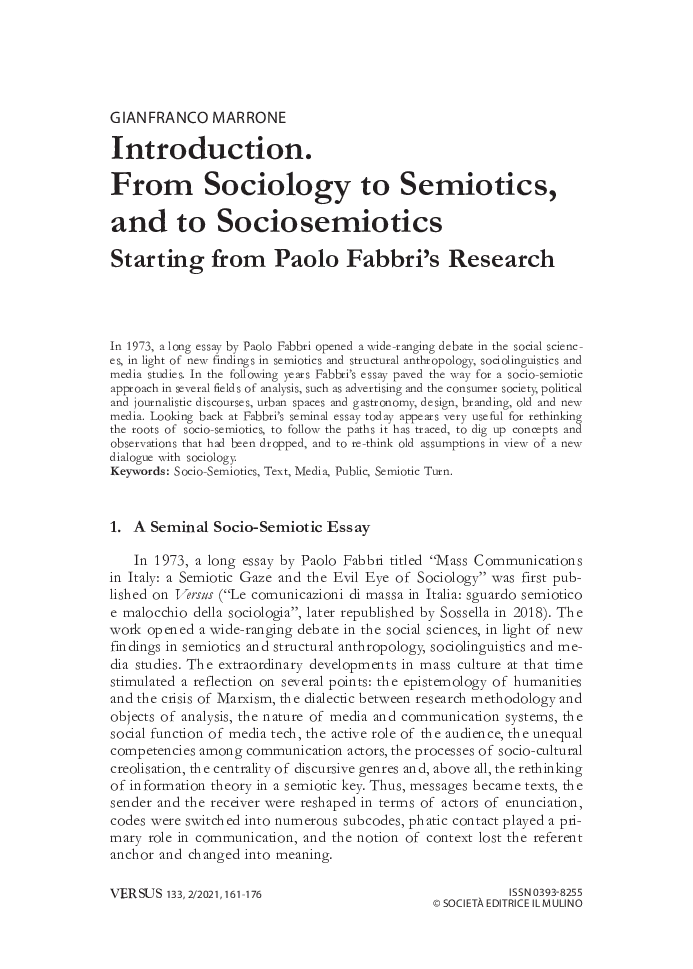