Matteo Salvini is the leader of one of the Italian populist parties. In this article I analyse his non-verbal communication, in particular his look. In the frame of interpretive semiotics, I will assume as the starting point the surprising and largely phatic communication that, as usual, is conveyed by the media. A typology of phatic communication is proposed. Salvini is notable for his lack of originality and his very plain, homeboy look. His outfit’s phatic traits are analysed, like wearing firemen and police uniforms, and slogan t-shirt and sweatshirts. From such a public image it is possible to draw inferences about the values and pragmatic meanings that the general audience can build, and the possible reactions. I also propose some general remarks about new populism. 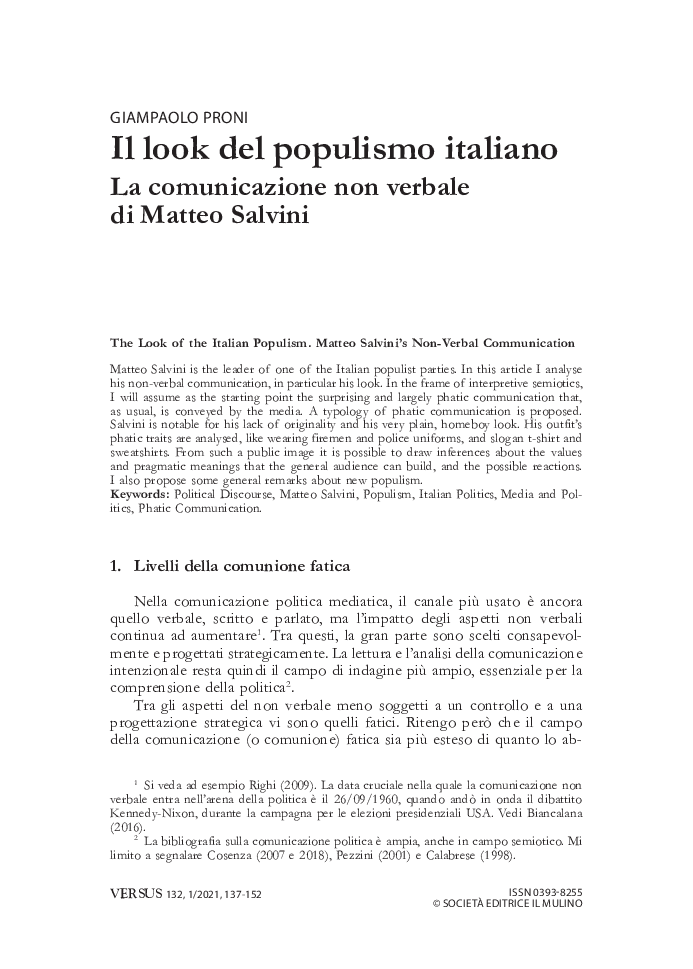