Werner Herzog’s films are well known for their visionary character. His visions, however, turn out to be of a peculiar kind, in that they aren’t mere fantasies that simply steer clear from reality, but aim at grasping it at a deeper level. From this point of view it’s rather significant that from the very beginning of his career as a filmmaker Herzog has switched between fiction films and documentary films. Even more interestingly, he has never accepted these classifications and has always tried to work beyond them, overcoming the boundaries of genres. The resulting interweaving of fiction and documentary triggers multiple philosophical consideration on the nature of experience and reality and of its representations, especially within the framework of the digital era. Herzog’s works appear, thus, a cutting edge and intriguing meditation on the role and possibilities of art, and establish themselves as a reference point for the most experimental practices of contemporary documentaries and art films. 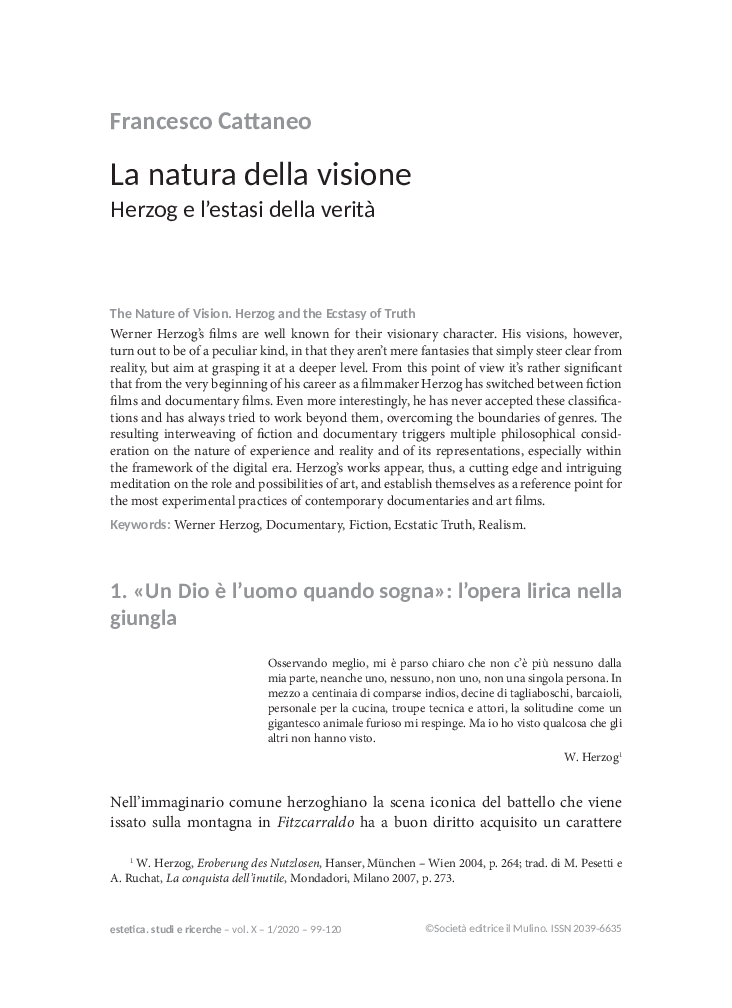