This essay explores the ways in which Werner Herzog’s film Invincible (2000) receives and transforms the ethical and aesthetic heritage of German romanticism, a movement that itself reworked Enlightenment philosophical and artistic views of the relation between the pressures of history in the present and the challenges of representing history in aesthetic form. Invincible differs significantly from Herzog’s other films (feature and documentary) in that it does address the Holocaust and the Third Reich, if somewhat obliquely. But the essential aspects of what I call his «romantic cinema» are still operative. Like other films in Herzog’s oeuvre, Invincible makes viewers question the director’s assertion that he wishes to avoid political statements or ethical directives. Understood in the context of German cultural history, Invincible helps us re-read a particular, post-Enlightened trajectory of romanticism – a trajectory that could have been dominant, had history been closer to the story the film tells. 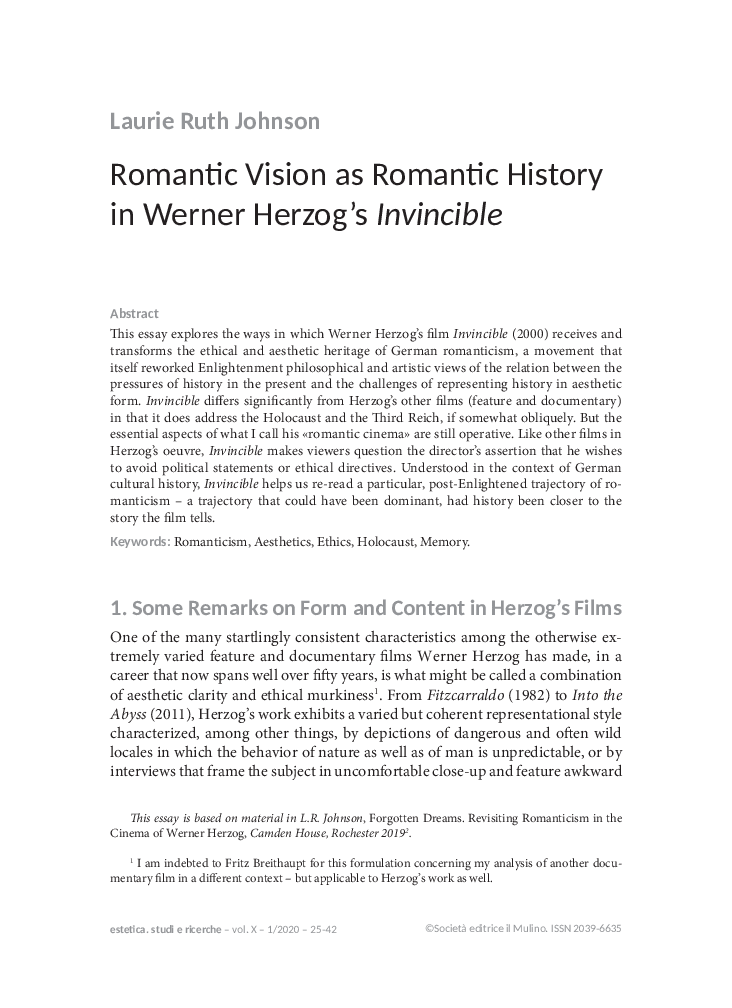