This paper consists of two parts. The first shows two different interpretations of the Hegelian aesthetics provided by Heidegger and Gadamer. Heidegger considers the Hegelian aesthetics an example of metaphysical subjectivism. For this reason, in his interpretation the Hegelian thesis of the «Pastness of art» acquires a historical connotation. Gadamer, on the other hand, believes that for Hegel art is intrinsically connected with truth, being a manifestation of the Absolute Spirit. Gadamer interprets the «Pastness of art» as a systematic thesis. The second part of the work presents how Heidegger's and Gadamer's conceptions of art relate to that of Hegel. We use the categories of «Heraclitean» and «Plotinian» to describe how Heidegger and Gadamer respectively conceive the essence of the work of art: in Heidegger's view, art consists in a perpetual "polemos" between irreconcilable opposites, whereas, for Gadamer, art is the very conciliation of the opposites «in the harmony of lights». We conclude that, despite their respective intentions, Heidegger's conception of art is more similar to that of Hegel than Gadamer's. 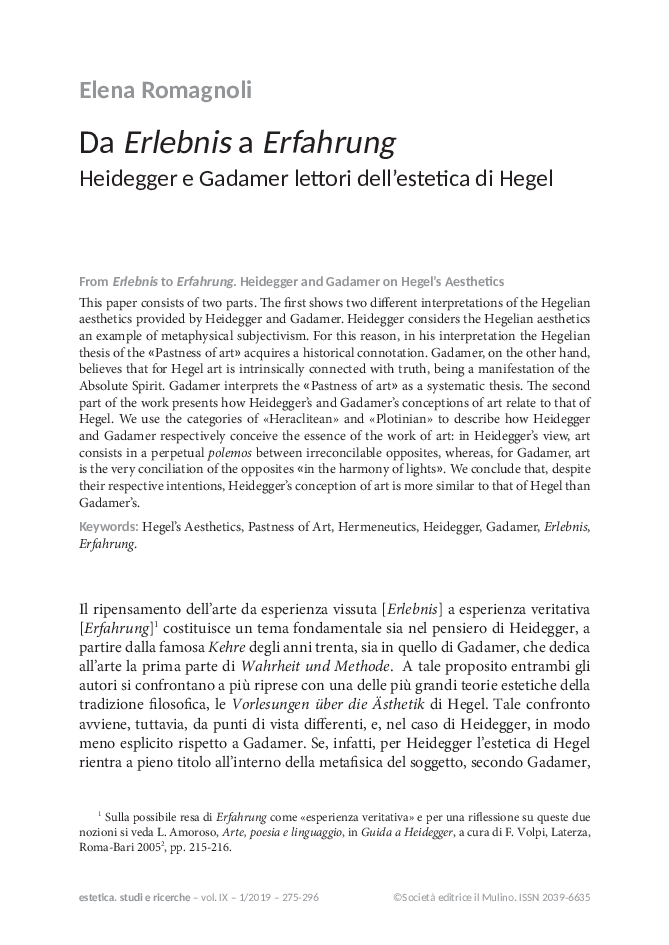