The article studies the causes and motivations of a silence considered among the most «deafening» of Aristotle's "Poetics": the silence about the notion of "phantasia", that was discussed by Aristotle in relation to the other areas of knowledge and, after him, it became a current notion in the Hellenistic age's poetic culture, but completely absent from his writings on poetics. One forgetfulness? A theoretical limit of the Aristotelian perspective? Or, on the contrary, the indication of a poetic perspective, that manifests itself in his concept of "mimesis", very different from that of modern aesthetics? 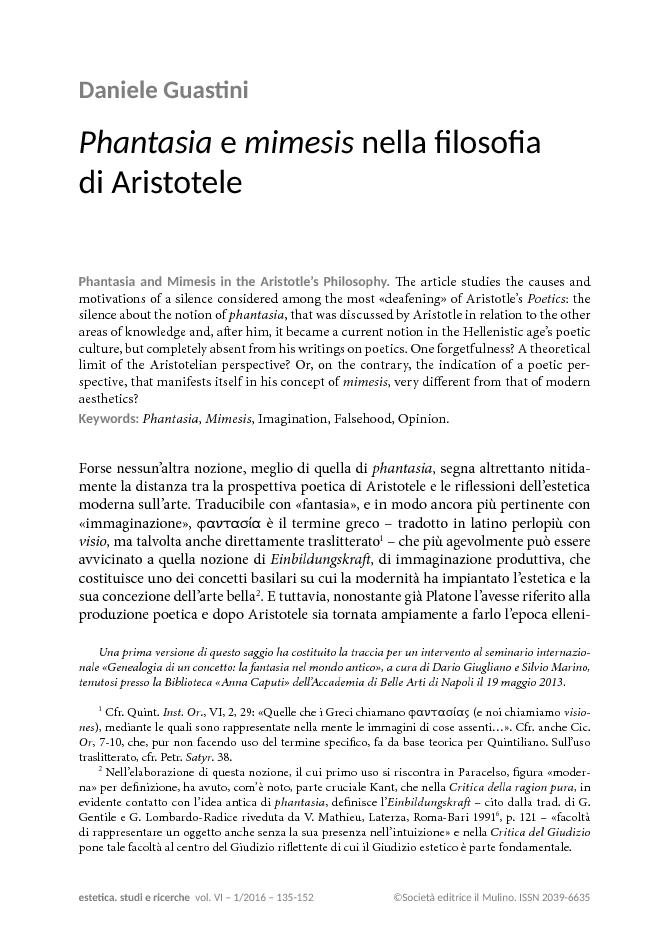