In order to give an interpretation of de Chirico Metaphysical Art we must first and foremost understand his relationship between his poetics and his personal existence and history, seek the essential motifs of his painting, such as the melancholy, the subsequent Nitzschean pathos of vision and enigma that leads to the artist's new poetics: and also to a further motif, the theme of the uncanny, which links de Chirico to his contemporaries Freud and Heidegger, and is fundamental to explain the artistic pathos at the root of the enigma and his identity and creativity. His fully identity is that of the family, the member of which, like Nietzsche, Heraclit, the King Vittorio Emanuele ii with whom Nietzsche identified himself in the last year of his madness, he reduce to masks. These masks are the disquieting symbols of the Metaphysical Art, the Hyper-reality which overcome the sensible reality. The mask may be disquieting, but what the mask hides is not the Disquieting but rather the sense of existence which is hidden in the mask: and in order to freeing himself from the Disquieting with his activity as artist he reduce them to masks. 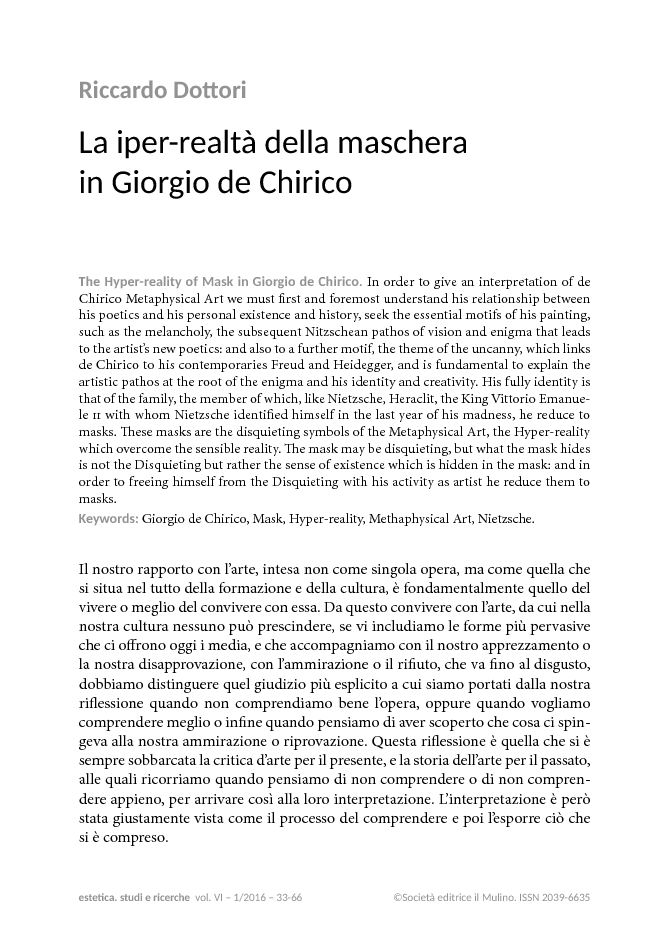