The article focuses on two strictly intertwined notions that, from the mid-eighties onwards, have become more and more central in Gianni Vattimo’s thought: the notions of secularisation and kenosis. The importance that these themes have acquired in Vattimo’s most recent production is such that, it is argued, it amounts to an actual Kehre; however, as is the case with Heidegger, with Vattimo too the Kehre is not a radical discontinuity, but rather a shift of research and reflection towards themes that, although already present in Vattimo’s philosophy, have assumed more specifically religious nuances and then they have progressively developed up to the point where they have formed an organic perspective. The article follows such a development, starting from the notion of secularisation to then grasp its interweaving with the themes of emancipation and the violence of metaphysics. The article concludes with a reflection on the centrality of the notion of kenosis and its meaning in Vattimo’s thought. 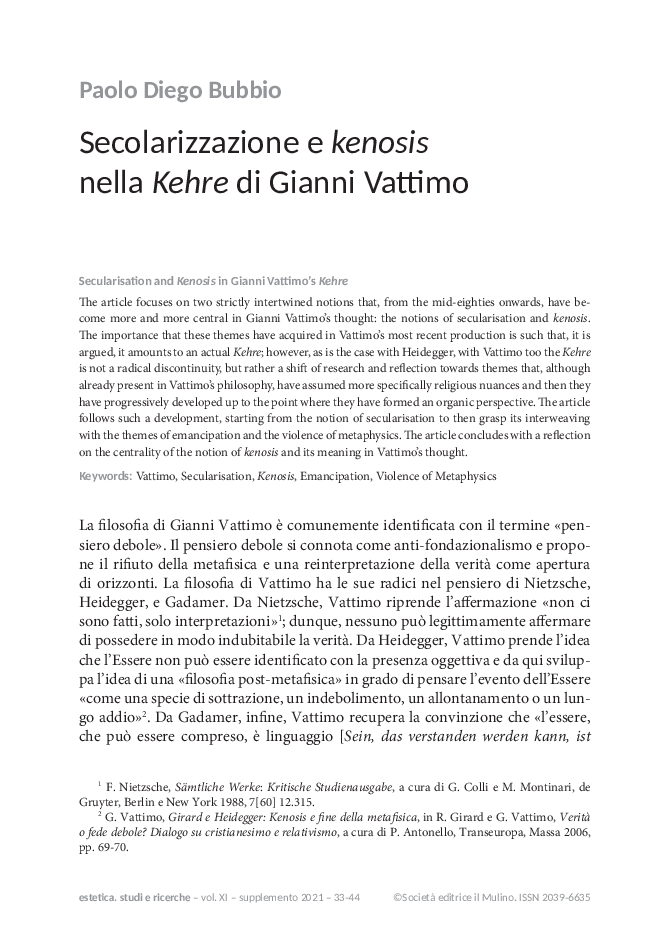