The article focuses on the theory of the referent in Cesare Brandi’s thought. Starting from the relationship between signifier and signified, as it is presented by De Saussure, we identify the various stages through which, in Brandi’s thought, from pure sound it is possible to create the concept of something. Also considering some internal oscillations in the development of his thought, the article aims to strengthen the role attributed to transcendental schematism, in the Kantian sense of the term, and to reduce the incidence of the role of the referent itself. As a final example of the entire path, the analysis of the architectural structure that characterizes Santa Sofia allows us to find a particularly suitable model to exemplify the relationship that exists between language and the external world, between sign and sound, between meaning and signifier 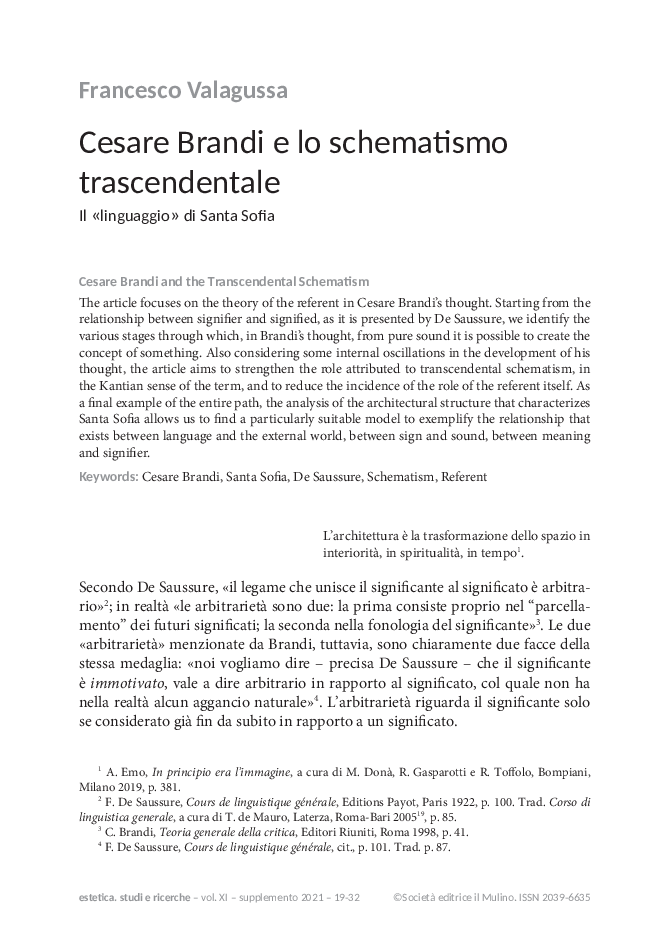