This paper deals mainly with a small part of the vast literature dedicated to A Misummer Night’s Dream which attempted to bring out its dark background by virtue of a «philosophical gaze». I would like to show, in particular, how René Girard’s strong and univocal interpretative line actually depends on a conception of the imagination and its relationship with language that he fails to investigate and that an aesthetic reflection helps to highlight. Even the notorious «disinterestedness», if properly understood, is by no means a way of «mutilating» the mimesis of its desiring aspects, nor of spiritually sterilizing the referents of an aesthetic gaze, as Girard would have it, but is instead a potentially disturbing, bewildering, even frightening dimension, as it is the condition that brings back all the human potential to perceive and be in the world, starting from the specific performance of the imagination 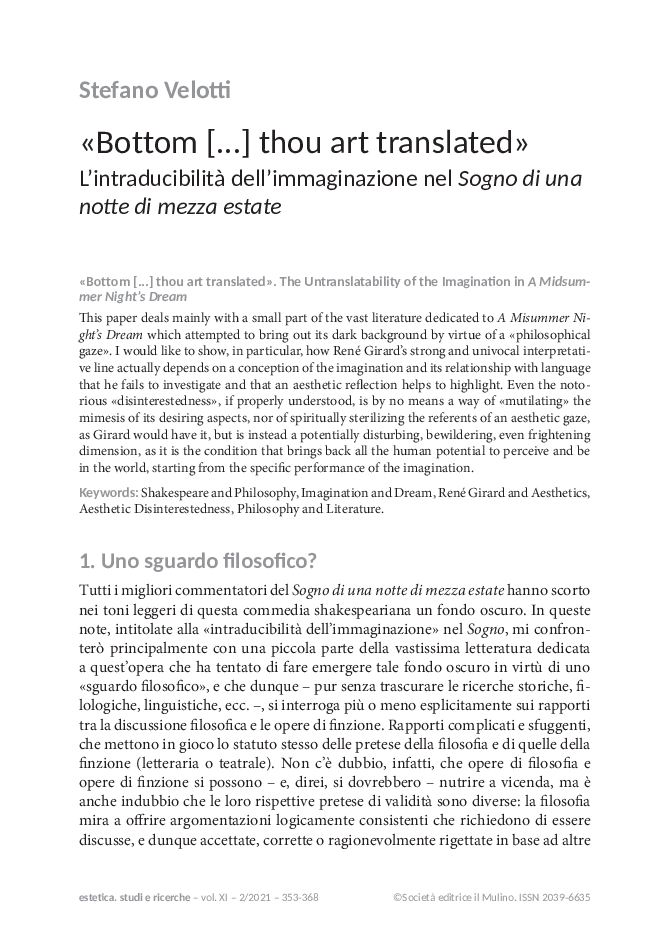