The article aims to investigate the complex relationship between the artistic and cultural movement of late nineteenth-century symbolism and «magical» thought starting from Goethe. I intended to relate the essential aesthetic features of pictorial symbolism to the themes of Hermeticism, alchemy, religious occultism, archaic spirituality, mythology, theosophy and anthroposophy. In order to do this, I initially retraced the basically polar relationship between science and magic both in the scientific-natural and artistic-literary work of Goethe. Then I analyzed the meaning of «symbol» and «allegory» in order to show that the symbolism of painters like Redon, Ensor, Khnopff, Delville, Filiger, Ranson, de Groux, Schwabe, Prikker, Malczewski, Vrubel’, Rops and Böcklin draws inspiration not only from Baudelaire’s poetry, but also from Goethe’s work, and in particular from Faust. I therefore highlighted the relationship between the scene of Faust’s Walpurgis Night and symbolist painting. In the final part of the article I showed the proximity between the Goethian notion of «demonic» and that of the unconscious. 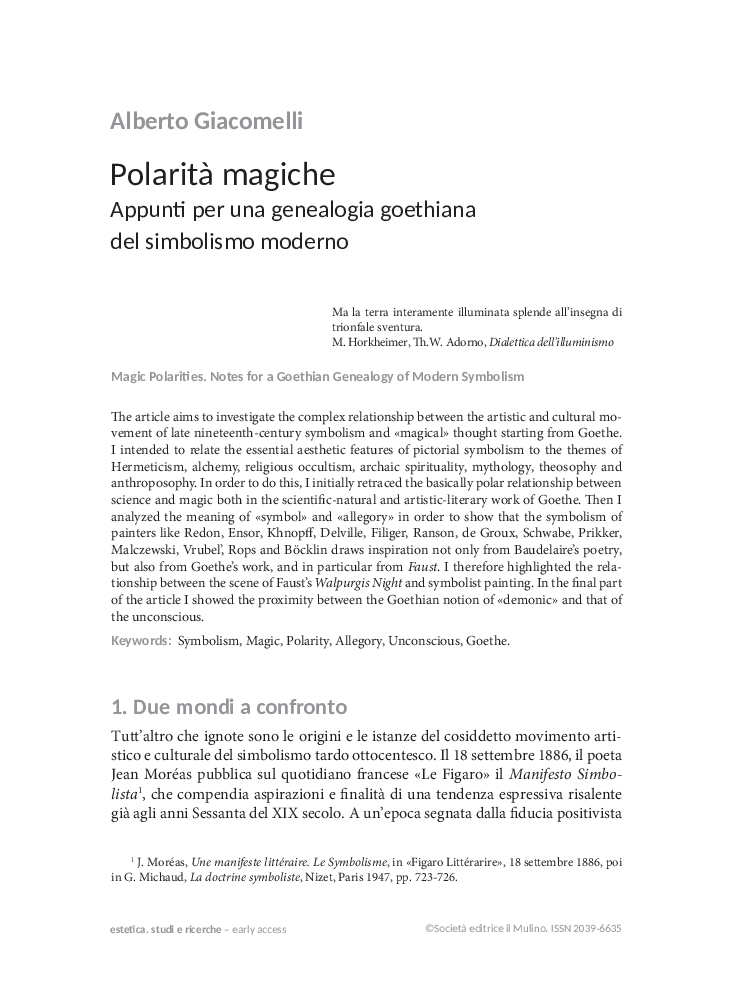