The essay aims to reconstruct the aesthetic representation of a religious topic in a mass culture product, i.e. the Tetralogy of the Expendables (or Tetralogy of Jerusalem), published in Rat-Man by Leo Ortolani, winner of the 2011 Prize Fede a strisce (Faith in comic strips). According to Henry Jenkins Convergence Culture, it can be considered a transmedia narration, in which action movies combine with comics, cult products, pop and fandom culture, typical of the author. Following the idea of «folklorisation of religious issues» and the distinction between strategies and tactics by Michel de Certeau, it becomes possible to examine the depiction of a religious theme in the poetics of Ortolani, showing an authentic epiphany of a genuine Christian matter. 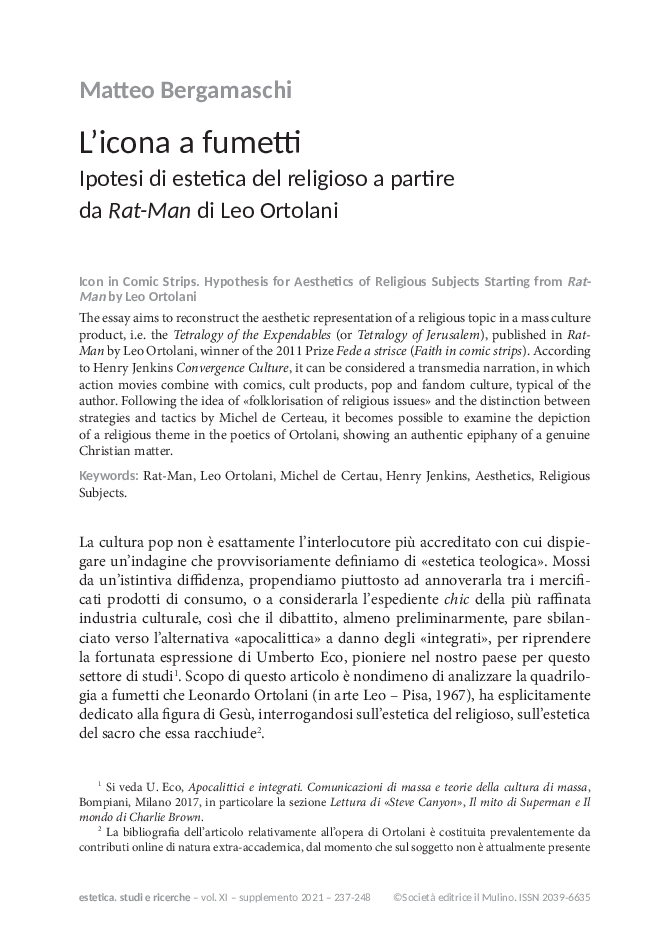