Less well known that his «revolutionary» brother Auguste, Adolphe Blanqui (1798-1854) belonged to a generation that, after the Europe of revolution and Empire, discovered Europe through his travels, which he saw as «art and science». Between 1838 and 1842, Adolphe travelled the Mediterranean’s coastlines as a representative of the Académie des sciences morales et politiques and upon the wishes of François Guizot, a key man in the central years of the July Monarchy. The paper analyzes the accounts of Blanqui’s travels in order to evidence the framework of «new French policy in the Mediterranean», which was meant to address the demands of liberal economists who wanted to avoid a rift developing between North Europe, which was industrializing, and the South, which risked remaining an area in decline. 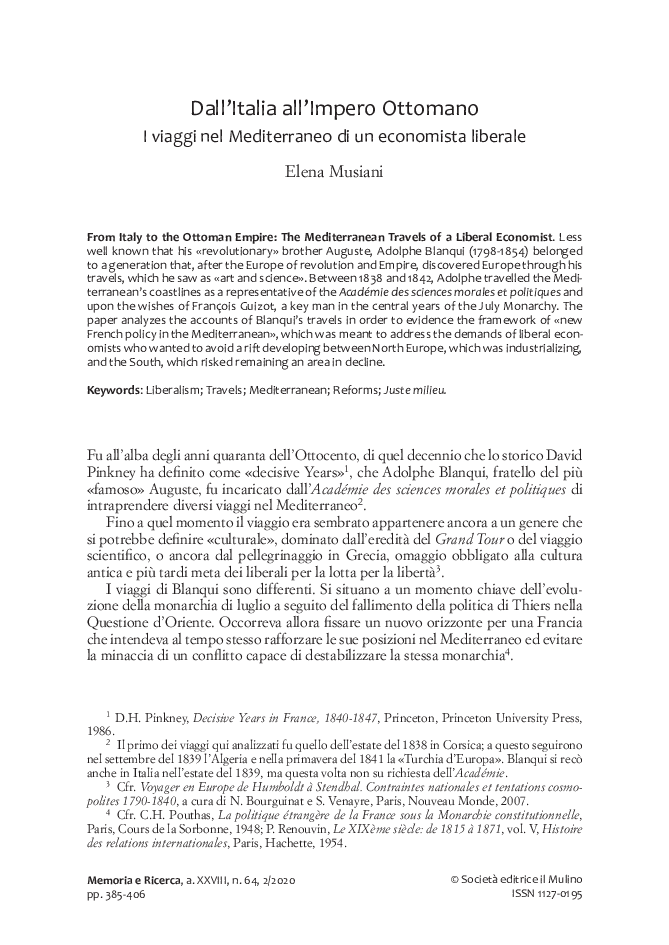