In Japan the fascination with height has always been mitigated by the need for stability and resilience in areas notoriously vulnerable to seismic events. Tokyo boasts an impressive number of skyscrapers and tall buildings, with a futuristic skyline that has now become iconic, but such a profusion is grounded in a long-established research agenda aimed at ensuring safety and preventing disasters. Urban developers, in the last 150 years, have been tackling these issues while running a modernization project based mainly on Western standards. The ever-changing cityscapes have been fueling the imagination and expectations of their inhabitants, leading to a massive and diverse literary – and, more extensively, cultural – production that offers valuable insights into the effects of urban change on people’s life and mind. My contribution will consider writings, films, and songs that deal with this transformation and reveal tensions and conflicts within Japanese cities from the 1860s to the present. 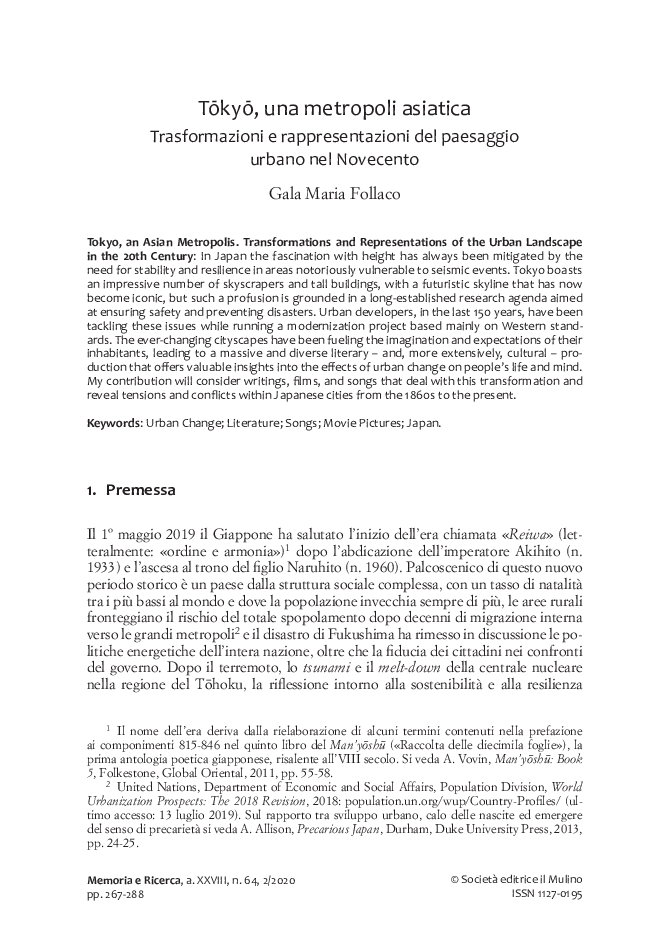