The first part of the essay examines two recent books on Metternich – by Alan Sked and Wolfram Siemann – which question the legitimacy of the Risorgimento out of a partiality to the Austrian Chancellor. Then Metternich’s view of the patriotic struggle in Italy is analysed, with reference, first, to his espousal of the reason/passions dichotomy characterising anti-revolutionary thought, and, second, to his disparaging assessment of the Italian character. It is argued that, contrary to the image of Metternich as a man of the Enlightenment, both threads place him firmly in the nineteenth century. His obsession with revolution is especially insisted on. 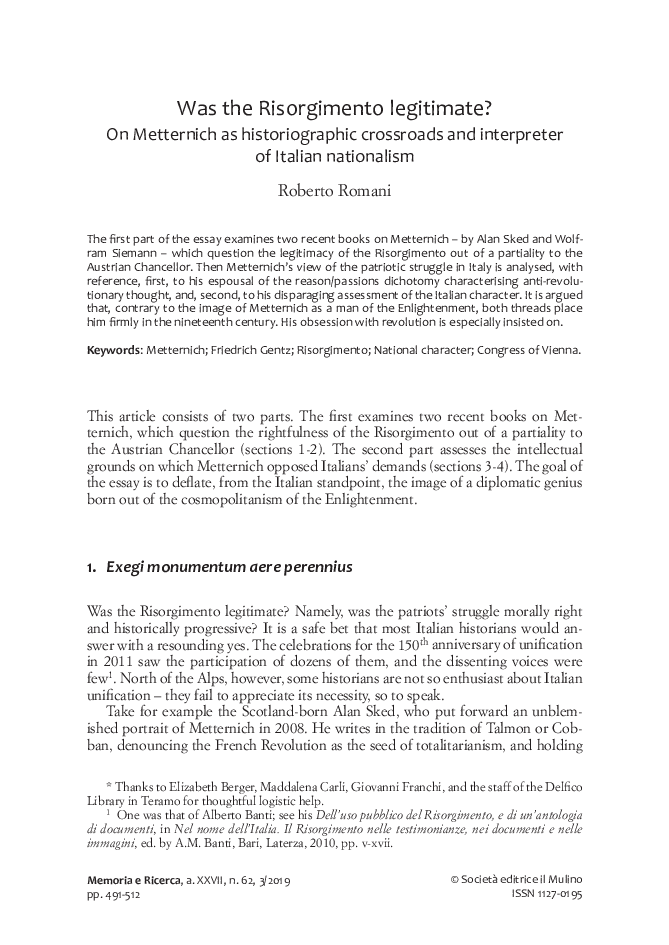