The end of the Ancient Regime had a strong republican character in whole Spanish America. The only exception would be Mexico, that began its independent life with the offer of the crown to Ferdinand VII and, after his denial, with the proclamation of Iturbide as Emperor, during the First Mexican Empire. Years later, Mexico will also restore the monarchy with Maximilian of Habsburg, in the Second Mexican Empire. The aim of this article is not to analyze these monarchical experiences, to which several more Bourbon restoration attempts should be added, but the political-ideological background in which they were developed. The persistence of the monarchical ideology as a response to the decay sensation and, above all, as expression of the difficulties that the change in legitimacy brought in societies for which fidelity to the king had been the foundation of his entire political system. 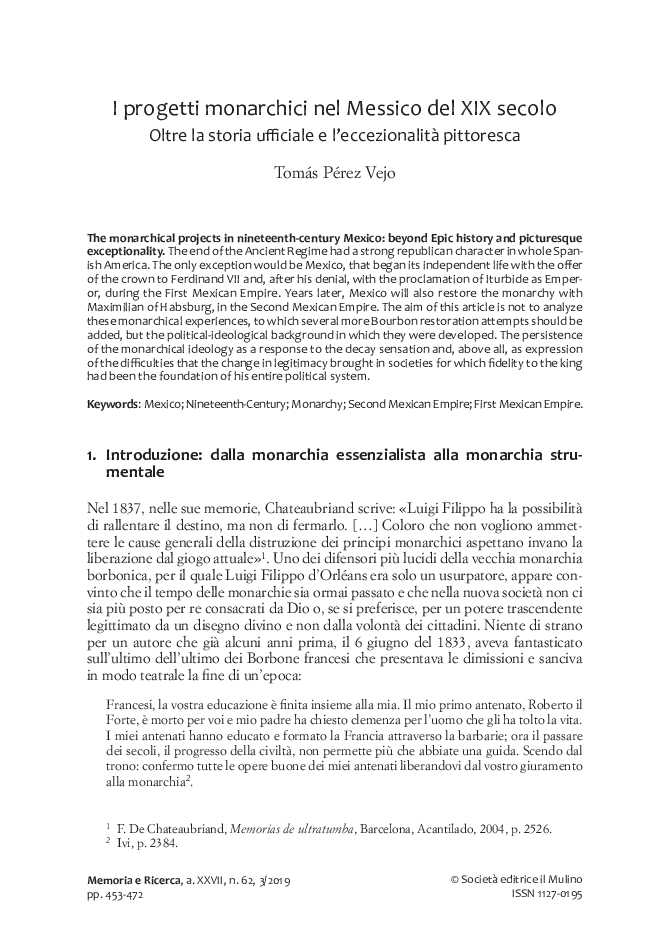